Home General Size 8 Is Free To Whoever Could Be Interested, She’s Hard to... 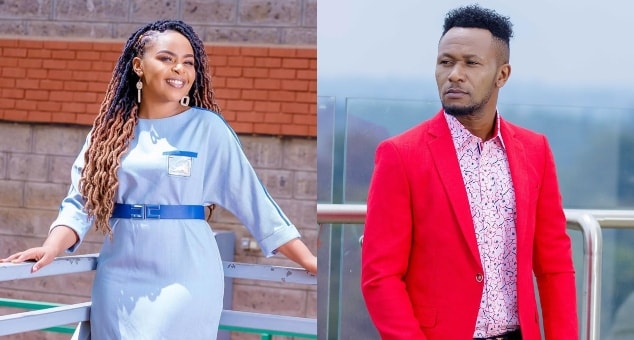 Size 8’s marriage to DJ Mo has been marred by cheating scandals for the longest time. The gospel power couple has been trending after cheating rumors surfaced.

Size 8 unfollowed her husband on Instagram and even left their matrimonial home.

The couple’s pastors Chris and Joan Chege met with them and tried to counsel them but to no avail.

DJ Mo responded to him saying,

He advised DJ Mo to calm down and solve their issues because no marriage is perfect and asked them to reconcile.

‘THIS IS A MARRIAGE AND IT IS A COVENANT. SIO RESTAURANT UMEINGIA.’

RED FLAGS IN DJ MO SIZE 8 MARRIAGE WHICH WERE IGNORED

Gospel minister Size 8 and DJ Mo have been airing their dirty laundry on TV via their reality show, Dine with the Muraya’s.

In the show, they talked about issues that are affected their marriage from the issues there are red flags that Size 8 saw and pointed out.

She was gaslit, laughed out of the room, and told she is making a mountain out of a molehill. No one listened to her.

Her concerns were valid. 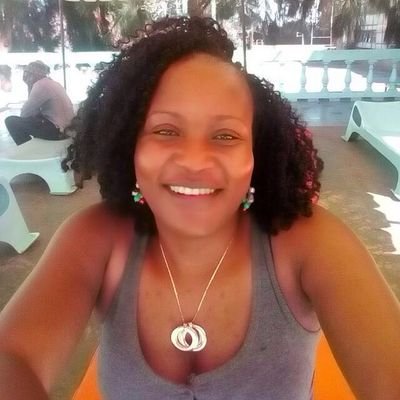 Here is a list of red flags that were raised by Size 8 on the show.

Size 8 complained about her husband denying her conjugal rights.

DJ Mo while defending himself said,

It is not clear if the issue was solved but based on the recent expose by Margaret Wanyama, DJ Mo was allegedly having crazy sessions with her that even lasted a week.

The mother of two revealed this during a segment on their reality show Dining With The Muraya’s after DJ Mo accused her of being a ‘nag’.

Defending herself she said,

‘THE REASON WHY I CALL HIM THAT MUCH IS BECAUSE I HAVE MY OWN REASONS. THE TRUTH IS I HAVE BEEN DOING ALL HE IS ACCUSING ME OF.

THERE ARE TIMES WHEN PARANOIA, LACK OF SECURITY AND LACK OF TRUST HITS ME.’

Asked if she was incessantly calling because she suspects DJ Mo is up to no good, she responded,

‘I WAS NOT CALLING HIM TO OFFEND HIM. SOMETIMES MY HEART IS NOT AT PEACE. I LOVE MY HUSBAND AND THE THOUGHT OF DIVORCE IS GIVING ME SLEEPLESS NIGHTS AND I DO NOT WANT IT IN MY HOUSE.

DJ Mo has accused his wife of always calling to know his whereabouts and coming to conclusions when he gets home late.

Not being accountable to your partner on what you do, leads to trust issues, and at the end of the episode, the matter was not resolved rather swept under the carpet to the chagrin of Size 8 who was asked to leave her man alone.

Size 8 felt guilt-tripped for raising issues about her marriage

In one of the episodes, DJ Mo went on a rant calling his marriage a pesky job.

‘DO OTHER MEN GO THROUGH THE SAME THING AMA NI MIMI TU? I WAS TELLING A FRIEND OF MINE THAT MARRIAGE IS STARTING TO FEEL LIKE A LOT OF WORK.’

Size 8 knows DJ Mo has ‘friendly women’ who text him incessantly. He has not set boundaries to stop them from being inappropriate with him

DJ Mo narrated an instance in which his wife packed and left in the middle of the night when they were newly married.

Speaking to gospel artiste Pitson on their reality show ‘Dine with the Muraya’s’ the father of two shared,

‘I HAD CONNECTED MY PHONE TO THE TV AND DOZED OFF AND THAT IS WHEN PEOPLE STARTED TEXTING ME.

TELLING ME ‘HI, AND I MISS YOU. IT WAS A BLUNDER.

MY WIFE TOOK THE PHONE READ THE TEXTS,TOOK SCREENSHOTS AND SENT THE SHOTS TO HER SELF.

NOT KNOWING WHAT WAS HAPPENING I WAS WOKEN UP AT NIGHT, NIKAPATANA NA HIZO MESSAGES.’

DJ Mo added that efforts to convince his wife that the texts were innocent fell on deaf ears.

‘SHE PACKED HER THINGS AND LEFT ME, HOW WAS I TO DEFEND MYSELF IF I HAD BEEN CAUGHT LIKE A GRASSHOPPER.

I TOLD HER ‘THE DEVIL DOES NOT WANT US TO PROSPER, I ASKED HER TO GIVE US A CHANCE TO TALK AKAKATAA.

SHE THEN WANT AND RENTED OUT HER OWN HOUSE AND FURNISHED IT, WITH TIME MFUKO IKAUMIA AKARUDI,’ HE JOKED.

I HAVE LEARNT THE WAY WOMEN SOLVE THINGS IS VERY DIFFERENT FROM HOW MEN SOLVE THEIR ISSUES.’

In one episode of Dine with the Muraya’s, DJ Mo was explaining that Size 8 gets very angry whenever he shows that kind of affection to female friends.

“IMAGINE I HAVE TO EXPLAIN TO MY WIFE ANY TIME I HAPPEN TO HUG ANY LADY. SHE DOESN’T UNDERSTAND THAT THESE ARE MY FRIENDS,” DJ MO SAID.

Size 8 defended her stance saying those particular female friends are gorgeous and that makes her feel insecure.

DJ Mo blasts Size 8 for not being submissive and tough headed before their guests.

Size 8 on the other hand complains about her husband claiming he doesn’t appreciate her.
‘WE HAVE SUBMITTED TO OUR HUSBANDS, WE LOVE AND HONOUR THEM, WE COVER EVEN THEIR WEAKNESS…APART FROM BEING YOUR WIFE, I’M A HUMAN BEING WITH FEELINGS, EMOTIONS, AMBITIONS, WITH A BRAIN. I’M NOT A ROBOT,’ SHE SAYS.

DJ Mo goes ahead to tell her to be submissive and says that no matter what she does, it won’t change the fact that he’s the head of the house.

Submission is a piece of cake if you show love to your wife. The two work hand in hand. The disconnect leads to premium tears.

The mother of two has narrated a past incident when she threw out her husband. Speaking on the reality show ‘Dine with the Muraya’s’, Size 8 said,

‘THERE IS A TIME I THREW DJ MO AND ALL HIS THINGS OUT. IT TOOK THE PASTORS INTERVENTION FOR ME TO OPEN THE DOOR.

MARRIAGE IS A UNION THAT CONSTANTLY NEEDS GOD’S GRACE.

THE YEARS WE HAVE BEEN TOGETHER (7) I

I WOULD EVEN CALL THE ANCESTORS, EVERY TIME I CAUGHT HIM DOING SOMETHING I WOULD CAUSE DRAMA.

EVEN GOING THROUGH HIS PHONE IS NOT WORTH IT.’