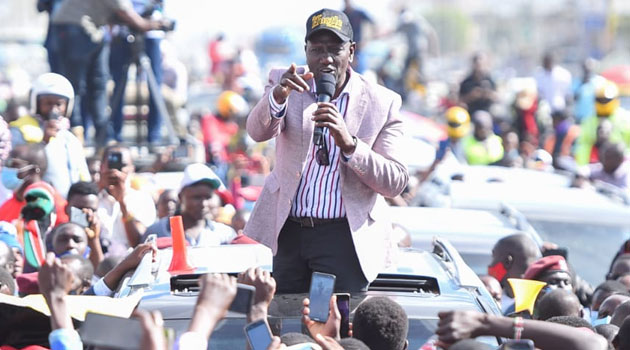 The Kisumu tour is tentatively scheduled for next week and preparations for the rally began in earnest Monday with a visit by a delegation of select people from Siaya, Kibra, and Kisumu.

“We will take Ruto everywhere in Nyanza and I can assure you he will get votes when elections are held,” Owalo said.

Raila has enjoyed near-fanatical support in Nyanza over the years and it will remain to be seen if Ruto can make any significant forays into the region.

Both Ruto and Raila have been touring the country to appease voters ahead of the 2022 campaign duel.

While in Kisumu, Ruto plans to grace church functions and to dish out goodies to the youth and women.

In Migori, he plans to visit areas where he has enjoyed some support and also show support for embattled Governor Okoth Obado who is facing various charges ranging from murder to corruption.

ODM has asked its 42 MCAs to impeach Obado after he was charged with graft and barred from office.

Kuria West MP Mathias Robi on Monday said “the region is demanding for DP Ruto and they have petitioned that they want him in Nyanza”.

“The 2022 election will be defined not by tribal-based politics but the haves and the have nots. People in Migori are unhappy with the way the governor is being frustrated by ODM and that is why they are asking for a meeting with Ruto,” Robi told the Star. 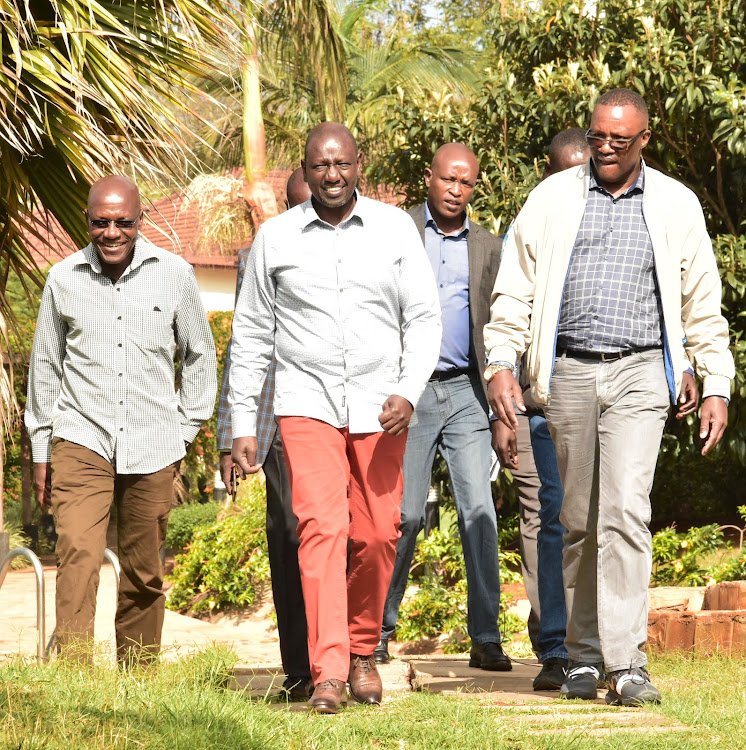 The Constitution requires that a winning presidential candidate must garner more than 50 percent of the votes cast in at least 24 counties.

Both Ruto and Raila are seen as the front-runners in the race to succeed President Uhuru Kenyatta.

In what is shaping up to be a game of numbers, the DP has focused his attention strategically at four regions that have traditionally voted for Raila.

Coast, Nyanza, Nairobi, and Western are on Ruto’s radar while on the other hand, he is attempting to make inroads in Mt Kenya.

In the last two weeks, both Ruto and Raila have pitched camps in Coast. Last week, the DP toured Kisii county, another perceived stronghold of Raila.

Ruto has fashioned his 2022 campaigned messaging to be a duel between the “hustlers” verses the “dynasties” which he hopes to penetrate political territories which have been ring-fenced by tribal politics.

In the last few months, Ruto has launched a charm offensive in the Coast and Western regions.

The DP was last in Luo Nyanza in December 2018 when he shared a podium with the former Prime Minister in Kisumu county in a function that was officiated by Uhuru.

Ruto has dismissed politicians claiming Uhuru wants to extend his term in office.

He said Uhuru is a firm believer in the principles of democracy and would not condone such a proposal saying such misinformation was causing unnecessary confusion among Kenyans.

“I do not think President Kenyatta has told anyone that he wants his term extended. So, where are these people getting all this information?”Ruto said.

The Deputy President spoke at this Karen residence during a meeting with leaders from the Luo and Luhya communities.

Ruto called for transparency and inclusivity in talks about constitutional amendments noting that leaders spearheading the exercise should not force or threaten Kenyans to support the proposals.

“As we discuss the Constitution, let us treat all Kenyans equally. Let us not have cards under the table.”

He asked Kenyans to stand up against those using blackmail and intimidation to influence their political stand. He said the country would longer be held hostage by leaders who thrive on retrogressive politics.