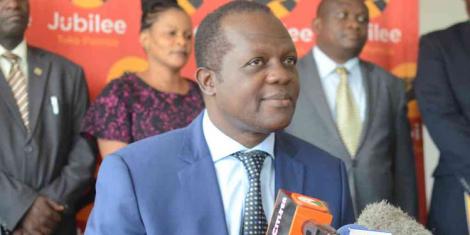 Tuju, during a press conference on Friday, October 2, stated that DP Ruto was banned from using the party headquarters to operationalize his 2022 campaign.

The Jubilee Secretary-General stated that DP Ruto’s visit to the party’s office almost caused a confrontation with MPs from the Rival Kieleweke faction.

Tuju stated that the party’s National Management Committee had recommended to the National Election Committee that Ruto be suspended as the Deputy Party Leader after he opened the parallel Jubilee Asili offices.

The SG stated that the measures instituted were painful but had been necessitated by the conduct of the Ruto’s allies and the establishment of the Jubilee Asili Centre.