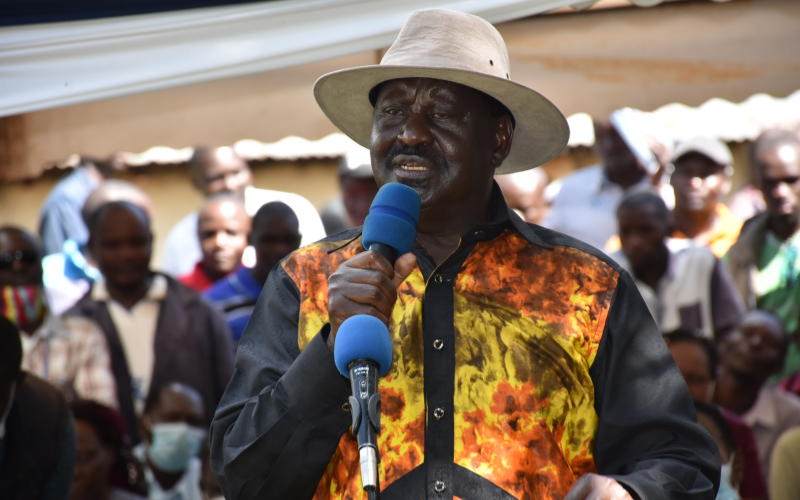 ODM leader Raila Odinga has raised concerns with what he terms ‘deafening sound of war drums’ as the country heads to the 2022 elections.

The opposition chief said a section of the political class is hell-bent on pushing the country to the edge for their selfish interest.

He called on Kenyans to be wary of leaders propagating violence saying the country’s stability is at stake.

“Already drums of war are being sounded and it is easy to tell how it will end,” Raila said.

“We have to decide whether we want violence after every election cycle.”

The AU special envoy for Infrastructure was addressing ODM MCAs on Tuesday at the Co-operative University in Karen, Nairobi.

Raila also backed President Uhuru Kenyatta’s promise to give a car loan to the Ward representatives saying it is long overdue.

“If MPs receive an Sh7 million car grant why will it be a crime and you are the people who are in contact with the people?” the ODM boss posed.

Raila’s remarks come a day after MPs engaged each other in a fistfight on Monday during the funeral of Abel Gongera, the father of Kisii Deputy Governor Joash Maangi in Kisii County.

During the meeting, experts explained the document to the ward representatives to enable them to understand the proposals contained in the law change initiative.

ODM controls at least 14 of the 47 county assemblies and also has elected members in the remaining 33 Assemblies where it is the minority.