Home General Quarantine Turns Nightmare For Kenyans As Government Dumps Them In Their Hostels... 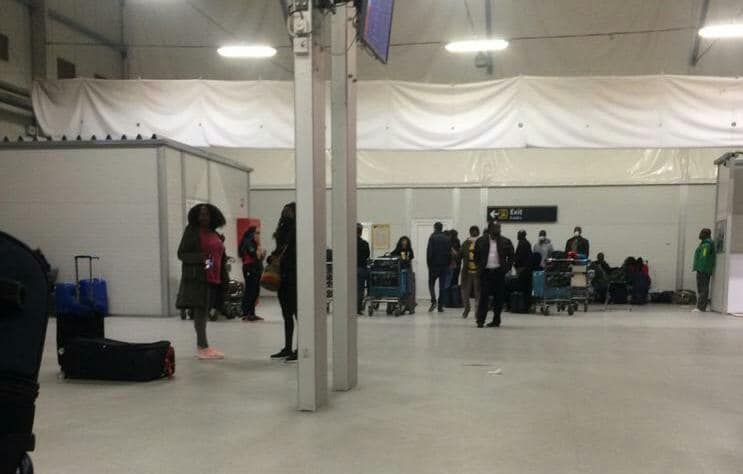 An agitated woman allegedly quarantined at the Kenya School of Government (KSG) has shed light on the treatment visited on them by government officials after they flew into the country on Monday, March 23.

Calling Spice FM on Tuesday, March 24, the lady who spoke in confidence, told the reporters that she and 12 other people had spent the night sleeping on the concrete outside because they didn’t pay the USD 40 (Ksh4000) required to cater for their quarantine.

She narrated that after jetting into the country from Sudan, she and other passengers went through health checks and passport control, after which they boarded NYS buses and were taken to the quarantine facility at the KSG.

“We got to the KSG at around four in the evening. We were outside and not allocated rooms and so people started agitating in groups. At KSG we discovered that another group had been there since seven in the morning. We were trying to find answers, and the only time we got someone to talk to us was around 6 p.m.” she revealed. 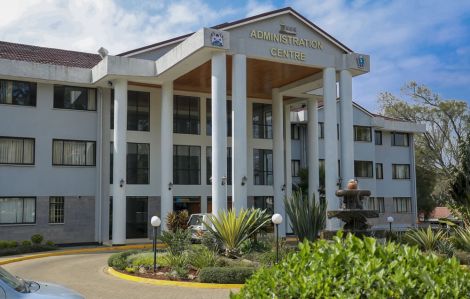 The Kenya School of Government located in Lower Kabete, Nairobi.

She further added that they were given the forms to sign later that evening and were taken aback when they realized that they were supposed to pay for their accommodation, a matter that she alleged had not been communicated to them before.

“When we learned about the amount required, the people started agitating. The CEO of the Kenya Nursing Council called the Principal Secretary after which the Director-General of the KSG told us that we should pay USD20 instead.

“In a space of five minutes, he had already decided that we should pay 50 percent of the initial amount. We were still not okay with paying that money,” she exclaimed.

She further told the radio show hosts that the people stayed outside in protests until 7. 30 p.m. when government officials begged them to take the rooms, and those who were tired and sickly did, with the promise that the payment issue would be ironed out in the morning provided they paid for the night’s accommodation.

She, however, narrated that she and others refused to pay even the subsidized amount as they felt that their very own government was extorting them of their hard-earned money.

“We slept outside in the open air. We slept on the concrete where there is the carbro [carbro-paved roads]. We were not given a blanket. Some people had duvets, others small blankets and towels, which we put down and rested,” she recounted.

She further added that they tried to have food brought from outside since they were yet to have a meal since they got to the airport but it was already too late to have any sent in even at their own cost.

She informed, however, that the nurses responded to their plight later on in the night, and after failing to convince them to pay for the rooms, gave them food and water at 10.30 p.m. and closed for the night leaving them outside.

At the time of calling, she added that she and the people who were outside were yet to have breakfast and it was already close to midday.

She further explained that despite the social distancing recommendations, the patients under quarantine were mingling freely with police officers and nurses who left the facility to join members of the public at the end of their shifts every day.