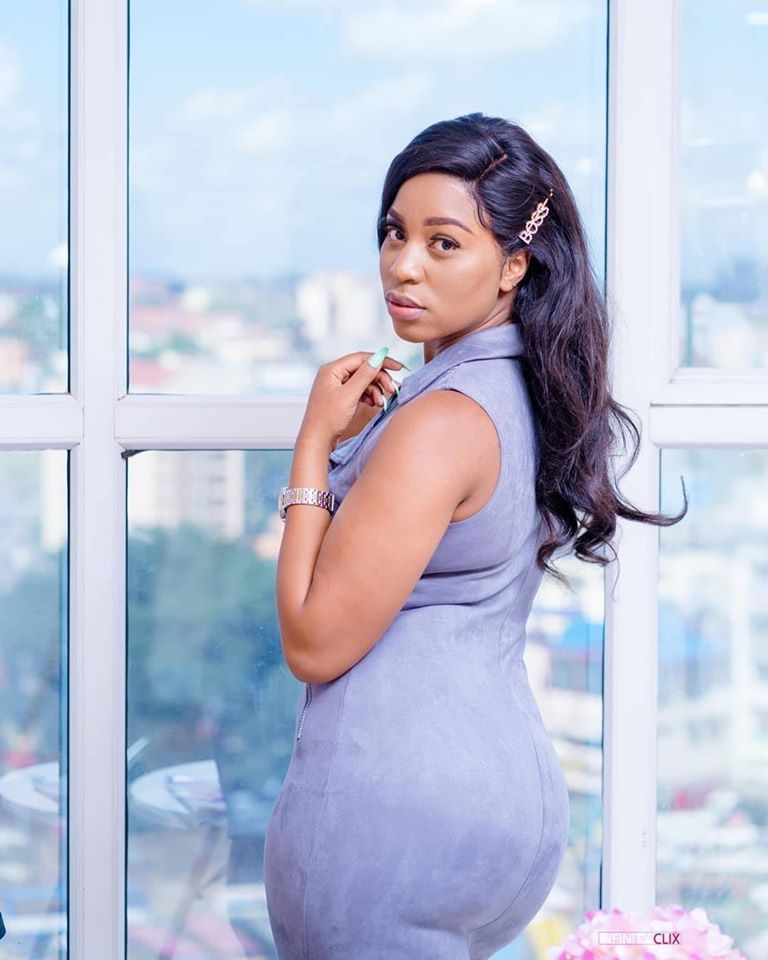 Diana Marua, the wife to gospel singer Kevin Bahati, has distanced herself from a Twitter account that has controversially engaged on the ‘Boys Club’ saga surrounding radio personality Jalang’o.

According to the mother of two, the account is a parody, operated by unknown persons whose views do not represent her nor her family.

Warning unsuspecting followers through her first tweet on the platform, Marua clarified that she had never been on Twitter.

It all started after the account shared a strongly worded view on the issue. Rattled, some took it at face value, believing it to be from Marua and went for her neck.

The trolls escalated when the parody account lectured women who entertain cheating partners, labeling them a disgrace.

“Women who entertain their men cheating are a disgrace to the female gender. If Jalang’o Wife knew what #edgarobare exposed and she kept quiet then she is with him because of money like those girls selling their body to the boy’s club. Learn to respect yourself,” read the tweet.

Jalang’o and his friends have been on the receiving end for the better part of the week after a WhatsApp group in which they ‘compare notes of their amorous escapades’ became public.

On May 22, through his Instagram page, the comedian admitted and confirmed the existence of the group but clarified that it is not what it was portrayed to be.

In his statement, Jalas, as he is popularly known, claimed that the exposé has broken many families and business deals.

He went on to add that through the said group, he and his friends have managed to achieve more.

“The past two days have been very rough for me and my close friends because of the chats from our group…Through the group, we have achieved a lot in developing ourselves in different fields more so, investment. There are videos going around, I can assure you none of them is us. That we created the group to share women amongst us, that’s a lie. That day we were having a random boys’ chat and that’s how the photos you see came up,” wrote Jalas.

Prior to his clarification, Jalas had, however, received a backlash from various celebrities i.e. music producer Tedd Josiah who took the lead as he warned of celebrities who use the status to abuse others.

In a hard-hitting post, the father of stated that they need to prepare to be turned to a “Paul” by the Almighty and be ready to be dragged down the “road to Damascus” for preying on the vulnerable.