Home General My Biggest Fear, Why Anerlisa Muigai Is Staying Off Giving Birth 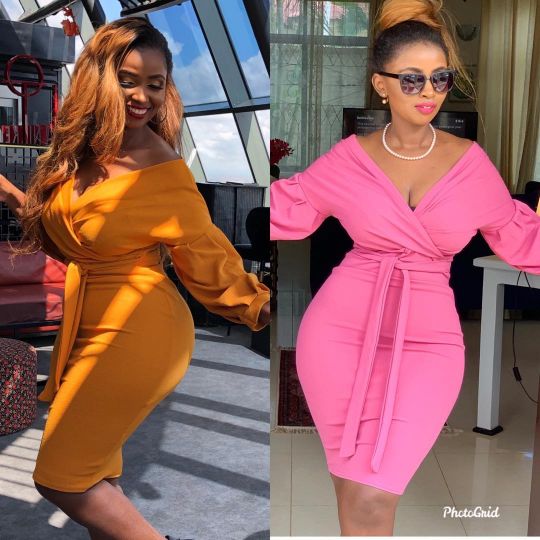 Keroche Breweries heiress Anerlisa Muigai has revealed that her worst fear is how she will look after giving birth.

My Biggest Fear, Why Anerlisa Muigai Is Scared Of Giving Birth

The rich kid, who got married to Tanzanian singer Ben Pol a few months ago is known for her sexy hourglass figure and it seems she’s afraid of losing it after giving birth.

‘MY BIGGEST FEAR IS AFTER GIVING BIRTH WILL I GO BACK TO THIS? DAAH THE WAY I HAVE SEEN PEOPLE BLOW UP, I AM EVEN SCARED,’ SHE POSTED.

Most women after giving birth struggle with the post-baby body and a good example is Ben Kitili’s wife Amina Mude.

Amina struggled with postpartum depression after she gave birth to her first child in 2015.

The mother of two was diagnosed with hypothyroidism condition and battled with weight. After giving birth to her second child a year ago, she gained a lot of weight. She had no choice but to work out and in July this year, she revealed that she cut down from 110kgs to 74Kgs.