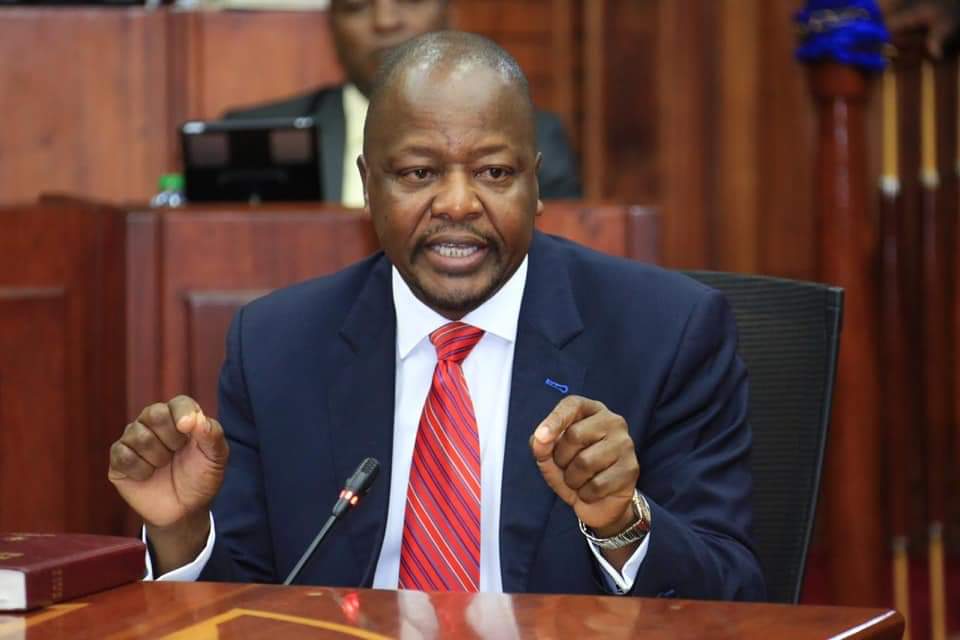 Health Cabinet Secretary Mutahi Kagwe has been featured by a leading American newspaper as one of three leaders who have emerged as ‘heroes’ in the war to combat the spread of the novel coronavirus in various countries.

Mr. Walker terms the three as “career deputies” who have emerged on the frontline in managing the pandemic and maintaining calm among citizens in their countries in place of the elected usually “impulsive, self-regarding” political leaders.

“As the novel coronavirus continues to spread around the world, a funny thing is happening. The leaders who have distinguished themselves under pressure are rarely the bold, charismatic, impulsive, self-regarding, politically calculating alphas we’ve elected,” writes Mr. Walker.

“The real heroes have been, for lack of a better term, career deputies…Kenya’s unlikely coronavirus hero is Health Minister Mutahi Kagwe, a businessman with an MBA who had washed out of elective office.”

Mr. Walker goes on to add: “In politics, Mr. Kagwe was seen as a technocrat; too ordinary and emotionally distant. In his coronavirus briefings, these traits became assets.”

The article further cites an alleged recent social media poll where CS Kagwe’s crisis leadership was rated an astounding 8 out of 10.

“Mr. Kagwe projects calm, emphasizes evidence and urges Kenyans to face facts, a style one senator described as ‘a breath of fresh air’”, the writer stated.

The CS was sworn into office in February this year, taking over the Health docket from Sicily Kariuki who is presently the Water Cabinet Secretary.

Before then, he had served as the first Nyeri County Senator and was also previously the Minister for Information and Communications Technology in retired president Mwai Kibaki’s cabinet.

The Wall Street Journal article has sparked reactions among Kenyans online, with most of them commending CS Kagwe for his efforts:

I stumbled on this piece in the Wall Street Journal hailing some of the world’s managers of the coronavirus crisis. Kenya, South Korea & the UK singled out pic.twitter.com/MbJZEXbeZo

@Mutahikagwe You are doing a good job CS. At least we can have hope that when the pandemic comes to an end you are going to solve the problems which has made our health practitioners and nurses to be on the road demonstrating every year.

It’s good that Kenyans have appreciated the journal for recognizing our own Cs Mutahi Kagwe for his efforts in taming #Covid19 but if it was a local daily many would dismissed such as a story as a mere PR. pic.twitter.com/WAjHRPevIA