Home General Msandos Death Is As A Result Of IEBCs Inside Job, Akombe 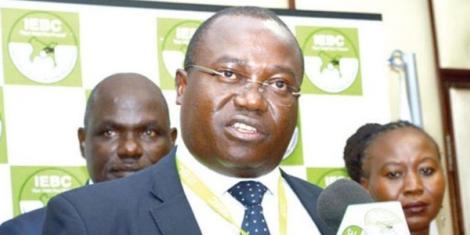 She said she is willing to testify at an inquest if there is one, and likened the killers to Judas Iscariot.

Akombe said authorities are not willing to arrest Msando’s killers, accusing the ODPP of laxity.

On this day three years ago, Msando’s body was found in a thicket at Muguga Forest in Kikuyu — a killing that almost threw the August 8, 2017, polls a week way into disarray.

He had been tortured, his hands and arms and back cut. It was said a hand was broken because his killers wanted his password to the election results transmission system. The postmortem showed only deep cuts. He was strangled.

Msando had promised he would ensure the IEBC tech system in the 2017 elections was foolproof. President Uhuru Kenyatta’s victory was later nullified by the Supreme Court citing irregularities in the process. He won, however, in a rerun.

Akombe, in a series of tweets, has put the IEBC on the spot, saying Msando’s colleagues sold him out to his killers. She is ready to tell what she knows

She had fled to the US, claiming her life was in danger and returned to work for the United Nations there. 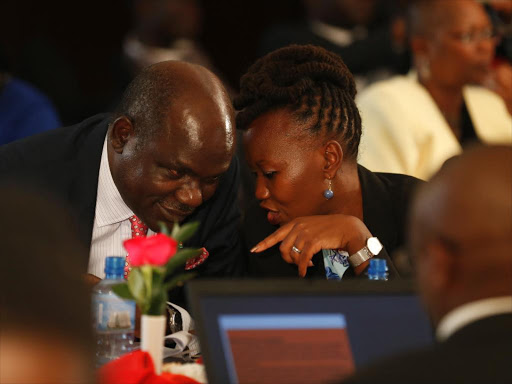 IEBC chair Wafula Chebukati (L) with former commissioner Roselyn Akombe consult with each other during the pre-nomination meeting for all presidential aspirants in Nairobi on May 23, 2017.

“…Painful that instead on this day three years ago, your own colleagues led you to the slaughterhouse. Like Judas, they sold you for thirty cents, “Akombe tweeted.

“We will find justice for you, no matter how long it takes,” the former commissioner said.

But IEBC chairman Wafula Chebukati said it was unfair for Akombe to speak three years later yet she was around when the murder took place.

“We all want to see justice for the family of Msando and for Msando. We have said this right from the beginning,” Chebukati told the Star.

Akombe should help authorities solve the murder, he said.

“It appears there is something she knows which we don’t know. I believe she should provide that information to the investigative agencies. Perhaps it will help for the investigations to be completed,” Chebukati said.

He said his commission did everything possible from the outset to help solve the murder.

The IEBC boss said that if Akombe is in any way unable to present herself to the DCI, the police can arrange to take the information from her.

Akombe has asked the Law Society of Kenya to take up the case in the public interest and disclosed that she is ready to testify.

But LSK president Nelson Havi brushed off the request.

“Am I the DCI? I don’t conduct homicide investigations. Ask the people who handle such matters,” he said. 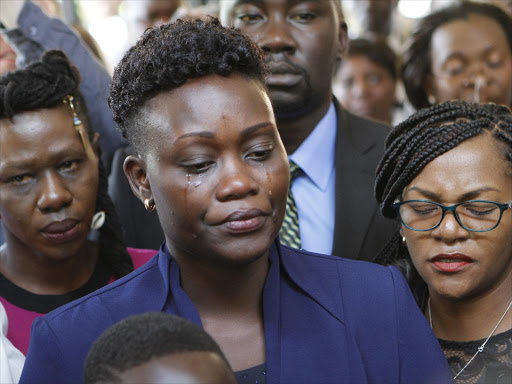 By press time, DPP Noordin Haji and DCI George Kinoti were yet to respond to the Star’s inquiries on the progress of investigations and whether the State would open a murder inquest.

Akombe appears to have remained the lone voice openly agitating for justice for Msando. At the time of his death, Nasa leaders claimed Msando was silenced to pave way for the rigging of the 2017 polls.

In her end of assignment report after fleeing Kenya in 2017, Akombe said she had been suspicious of the commission’s results transmission system. Her confidence in the system nosedived after the torture-murder of Msando, she said.

“The dominance of Safran/OT Morpho in all aspects of the commission’s work is an aspect worth in-depth investigations, including their role in the 2017 election,” her report stated.

The former commissioner writes that she was bothered by the security of the IEBC hardware, database, and network levels, despite assurances from the ICT bosses.

“These assurances were not convincing, especially given that the commission did not have back-up data centers and relied on one at the Anniversary Towers that was on the verge of collapsing,” Akombe said.

She recalled that when the display of results stopped at the Bomas of Kenya at about 8.30 pm on August 8, neither their staff nor Safran officials could explain what had happened.

However, when the display resumed after three hours, the margin of difference between President Kenyatta and Nasa candidate Raila Odinga became a constant throughout the transmission process.

“It is such a situation that will forever leave questions in my mind of what actually happened on August 8,” Akombe concludes.

She once disclosed the protracted battle that pitted Chebukati against then CEO Ezra Chiloba over the procurement of poll materials.

Kenyans on Twitter, however, on Thursday prodded Akombe to tell what happened on the night of the murder – which adds to the list of unsolved high-profile murders.

Msando was barely two months on the job when he boasted of a foolproof computerized voting system.

Numbers mattered in the contest between Uhuru and Raila.

The ODM brigade had charged supporters with their accusations that the IEBC was executing a plot to rig the presidential election.

The IEBC was under pressure to deliver a credible poll, a success the commission pegged to the Kenya Integrated Electoral Management System (KIEMS) kits.

Msando at that time said the electronic voting system, which was to decide the high-stakes elections, could not be hacked.

“Everything is set in a way that only one person has the password that controls the entire streaming of results,” the ICT manager assured Kenyans.

That person was Msando.

But days after Msando made the remarks, he was tortured and murdered in circumstances linked to the charged electoral contest.

His body was dumped alongside that of a woman on the day he was to oversee the public testing of the system.

The woman was later identified as Carol Ngumbu – a Kenya Medical Training College student who was due to graduate.

Chief government pathologist Johansen Oduor said Msando died from strangulation, and had deep scratches and cuts on his back and hands.

Raila said the ICT manager was killed over the password, and that the murder was an attempt to “drive a dagger in the heart of the election.”

Bungoma Senator Moses Wetang’ula said stealing the password would make it easy to rig the poll.

On the day Msando’s body was found, former Director of Public Prosecutions Keriako Tobiko said he had appointed three prosecutors to look into the case.

Interior Cabinet Secretary Fred Matiang’i, then acting, said the country’s best detectives were on the case.

They were to complete a trail of the ICT manager’s last movements, especially after his car was last captured by road CCTV cameras.

The United States and United Kingdom, through their embassies, offered to assist the Kenyan authorities in the investigation.

But the country’s investigative agencies are yet to issue a report of their preliminary investigations into the murder.

Andrew Rono, an accountant with a state corporation, whom police presented as a suspect, was ordered released by a court after police detained him for 19 days.

A 17-year-old Standard 7 pupil was also arrested in Migori with a phone that was reportedly used to send threatening messages to the ICT manager.

It is still unclear how Msando ended up in the thicket after being spotted in Nairobi’s CBD at around 1 am.

The police account of his vehicle’s movement was disputed by other accounts that the slain IEBC officer could have been waylaid by his killers.

The mystery of the three people who were reportedly in Msando’s company also said to have driven his car to Roysambu, is yet to be unraveled.