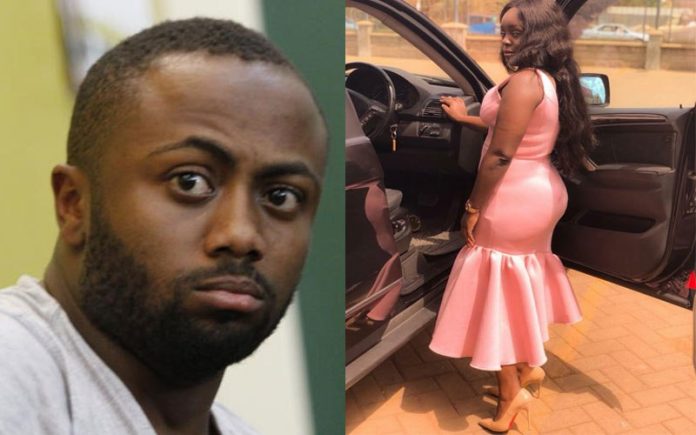 BY THE STANDARD: A prime suspect in the murder of Monica Nyawira reportedly sent distress messages and placed frantic phone calls to friends.

Police are looking for the four people Joseph Irungu contacted on the night of September 19 “seeking advice on an issue that was disturbing him”.

Investigations suggest Irungu was the last person seen leaving the apartment, where the body of Monicah Nyawira Kimani was found in a bathtub with her throat slit, on September 20.

Sources close to the investigation say an analysis of mobile phone communication shows that several hours after Irungu had left the house at Lamuria Gardens off Denis Pritt Road, he called and sent messages to at least four people.

“Among others, the suspect made calls and sent texts to some of his friends seeking their advice on an issue that is under probe for now. He then switched off his phone until the following day,” said another officer.
The identities of the friends, who are being sought for questioning to explain what Irungu told them, was not immediately clear.

Police have warned that the friends would be prosecuted should it be established that Irungu, who is popularly known as Jowie, had confided in them about a crime and they failed to report it to the authorities.

The law says that if one does not have prior knowledge about a murder but gets to know about it and tries to assist a suspect by creating an alibi, one can be charged with accessory to murder after the fact.
Irungu, his fiancée, TV journalist Jacque Maribe, and their friend, Brian Kasaine, are being held by police over Monica’s murder.

Detectives are pursuing two main theories that may form the motive for the killing of the 29-year-old woman on the night of her return from Juba, South Sudan. One of the motives is that the killers wanted to steal a large amount of money that was in the house.

Police have yet to establish how much money Monica might have had when she arrived at the Jomo Kenyatta International Airport.

A Taxify driver who dropped her off at the apartment at about 7.15pm is among those who have been questioned about Monica’s luggage.

He told police that the woman had three bags when he picked her up at the airport.
When Monica arrived at the apartments, she picked up clothes she had ordered dropped off at the gate and her house keys before retiring to her apartment, Number A8, on the third floor of the second block.
In Juba, Monica was running the family business, Milly Paul General Trading Ltd, which was started by her father when he ministered in the war-torn country.

The company provided cleaning services and was contracted by a number of Kenyan companies. It is not clear if she was engaged in any other business.
Monica was said to have lived a flashy lifestyle and was due to travel to Dubai to meet her lover.

The other theory police are exploring is that a love triangle may have led to the murder.

“The theories, among other issues, form the basis of our probe as we look for the motive. We are open to many others,” said an official.

Sources said Kasaine could become a prosecution witness depending on what he tells the investigators and if the Director of Public Prosecutions agrees to a plea bargain.

He was arrested after it was established that Irungu used Kasaine’s gun to attempt to commit suicide.

Detectives told a Kiambu court they were also trying to establish if Kasaine was in the house where Monica’s body was found.

The apartment was swept for clues and samples collected for DNA analysis. Police also believe a knife was used to kill Monica but the murder weapon has yet to be found. The killer also dumped two of Monica’s phones in a container full of water.