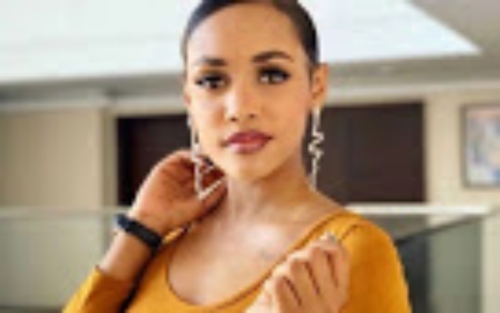 Has Tanasha Donna finally moved on after branding her ex-boo, Diamond Platnumz, a narcissist?

Well, gossip pundits are of the opinion that Tanasha and property tycoon Mwenda Thuranira are an item.

This comes weeks after Tanasha packed her bags and left Diamond over claims of infidelity.

Tanasha was linked to Thuranira after she announced to all and sundry that she had bought a new home.

It turns out it was sold by MySpace Properties that is owned by Mr Thuranira.

The palatial property goes for a whooping Ksh 60m.

TANASHA TOOK A PHOTO OF THE HOUSE PRAISING THE SECURITY MEASURES AND CAPTIONED IT, “GOD IS GOOD”.

Thuranira did not go into details of if Tanasha is paying via a mortgage or she bought it cash.

But what we know for sure is that she is moving into that house next week.

Before she revealed the house, Tanasha took to her social media to shade naysayers who don’t believe in her.

“LET THEM THINK YOU ARE LOSING.”

Mpasho asked Thuranira if he is dating Tanasha as indicated by section of the interwebs.

He did not deny nor accept the claims bit rather responded with laugh emojis to out point blank question.