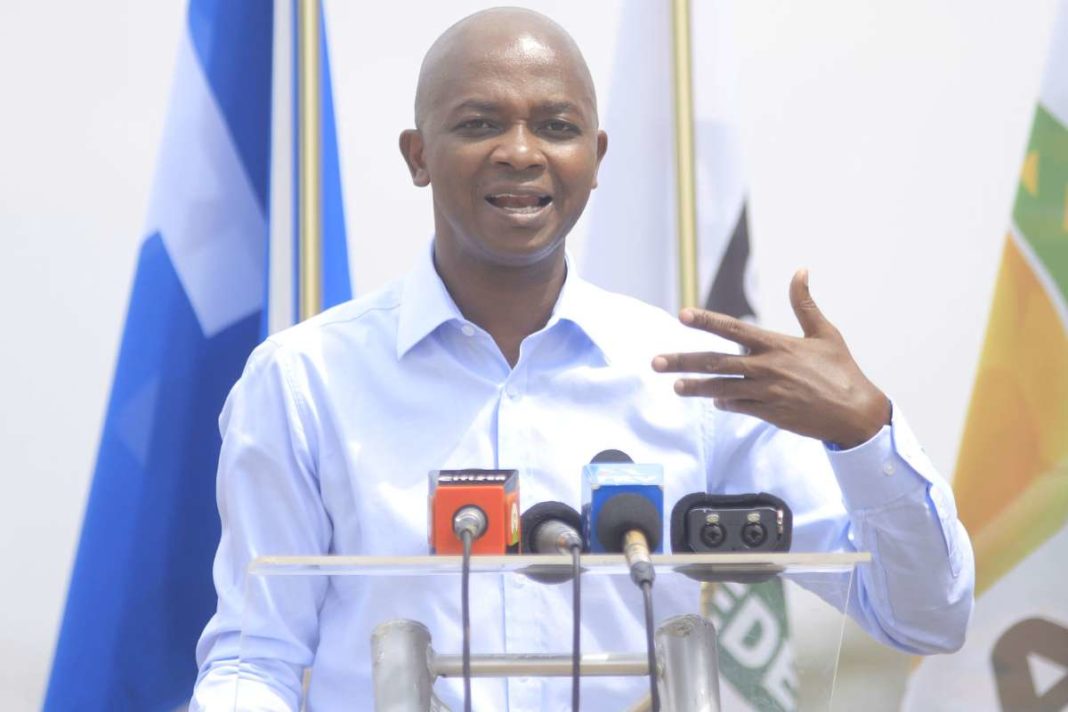 The Kenyan Premier League (KPL) could just have landed a new title sponsor for the new season.

Football Kenya Federation (FKF) CEO Nick Mwendwa has this evening signed a deal with an unnamed foreign betting company who will reportedly pump over Sh1.2 billion in the top league for the next five seasons.

The federation boss, in his characteristic style, announced the development on Twitter.

The deal will see each KPL club pocket Sh 8 million per season, according to Mwendwa.

KPL’s mandate to run the top-tier expires in August and Mwendwa has been on record saying the federation is eager to run the league and will not renew the contract.

According to a reliable source, FKF has been negotiating with two companies who were willing to take up title sponsorship of Kenya’s top league.