Home General Kenyans Sickened By Suggestions That First Coronavirus Vaccine Should Be Tested In... 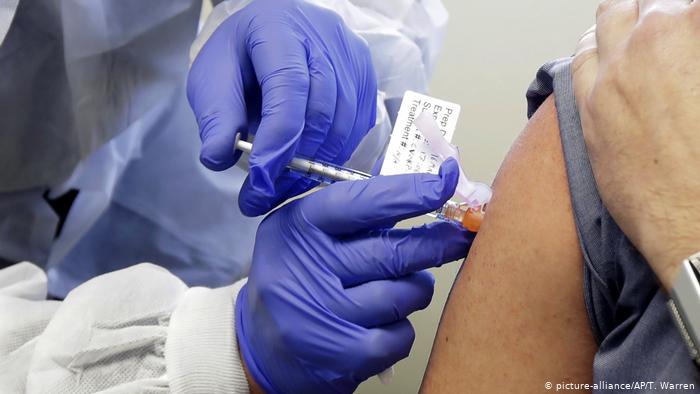 Two French doctors sparked an uproar online after they were accused of racism, following their proposal to have a Coronavirus (Covid-19) vaccine trial conducted in Africa first before being used in other nations.

On Friday, April 3, during the debate on TV channel LCI, Dr. Jean-Paul Mira, head of intensive care at Cochin hospital in Paris informed his colleague Camille Locht that Africa was better placed to yield fruitful results as there were no protective gear and treatment in the continent.

“If I can be provocative, shouldn’t we be doing this study in Africa, where there are no masks, no treatments, no resuscitation? A bit like as it is done elsewhere for some studies on Aids. In prostitutes, we try things because we know that they are highly exposed and that they do not protect themselves,” Mira stated. 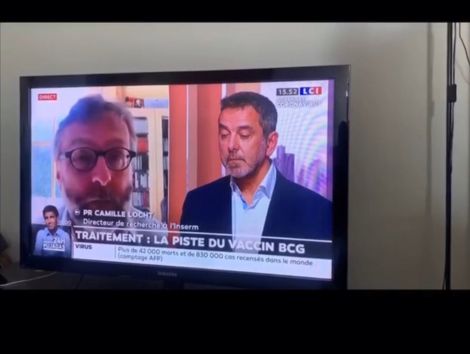 His colleague Camille Locht agreed with the proposal, stating that Africa did not have the capacity and resources to fight the pandemic.

“Sorry, you are missing a point here. Africa needs a new treatment at first because they don’t have a chance to stop the virus in any other way. Healing their first would save 100,000 of lives more, than in the relatively safe European countries,” Locht affirmed.

Their comments, as African nations battle the fight against Covid-19 with help from aid from World Bank, philanthropists such as Jack Ma and the World Health Organisation (WHO) while staring at weak health systems sparked outrage from a number of leaders and personalities.

In Kenya, Bungoma Senator led the line, lashing back at the doctors while informing them that Covid-19 was an imported disease from Asia and Europe.

“The epicentre of Covid-19(Coronavirus ) is China, Italy, Spain, France and the US. Clinical trials on its possible cure must start there and not in any African country. African leaders must resist any attempt to use our people as Guinea pigs. Resist!” Wetangula tweeted on Thursday, April 3.

“It is painful that our leaders will approve the trials on the basis of aid, loans, grants, debts being waived among other goodies and the legislative arms will remain silent,” Richard Manyala responded.

“Yes sounds like the vaccine is the problem and not even the virus. But unfortunately and I don’t know why I have a feeling it will start in Kenya. It’s always been a dumping site for all evil,” Moses Irungu added. 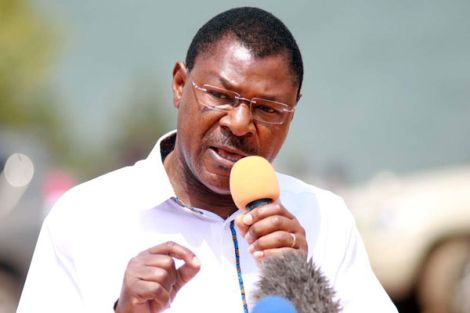 “It is totally inconceivable we keep on cautioning this. Africa isn’t a testing lab. I would like to vividly denounce those demeaning, false and most of all deep racists words. It helps us save Africa from the current ongoing Covid-19 and flatten the curve. Do not take African people as human guinea pigs! It’s absolutely disgusting,” Drogba tweeted on Thursday, April 3.

While speaking, Nairobi Health CEC Hitan Majevda condemned the remarks, arguing that the developed nations would be exploiting Africans. He also argued that African nations laws made it easier to allow such trials conducted.

“Our laws are lenient and this would give them ample space. In developed nations, laws are strict and the procedures are long. However, it is wrong for someone to make such remarks. Let them start in their countries, like in Wuhan, China. They would be exploiting us by pulling the helping card,” Majevda condemned.

“It is totally uncalled for. No matter how true it may sound that our leaders prioritize wealth over work ethics, I believe our constitution stipulates enough regulations towards such proposals. As leader, though, we also need to think of the health of Kenyans right now, more than anything else,” Sankok said.

European countries, Canada and the US are in a rush to come up with a vaccine, fighting time constraints as the numbers of victims soar. However, a report by Aljazeera on Monday, March 23, stated that one person had already been injected with a trial vaccine by the Boston-based biotech firm Moderna, US.

Jennifer Haller was the first person to be injected with the trial vaccine. “Everybody is feeling so helpless right now,” Haller said. “And I realized that there was something that I could do to help, and I’m excited to be here.”

Experts say it could still take about 18 months for any potential vaccine to become available to the general public. China, in mid-May, approved the start of clinical trials on a vaccine.

The French doctor, Jean-Paul Mira apologised over his sentiments, according to a report by CGTN on Saturday, April 4.

“I want to present all my apologies to those who were hurt, shocked and felt insulted by the remarks that I clumsily expressed on LCI this week,” he stated. 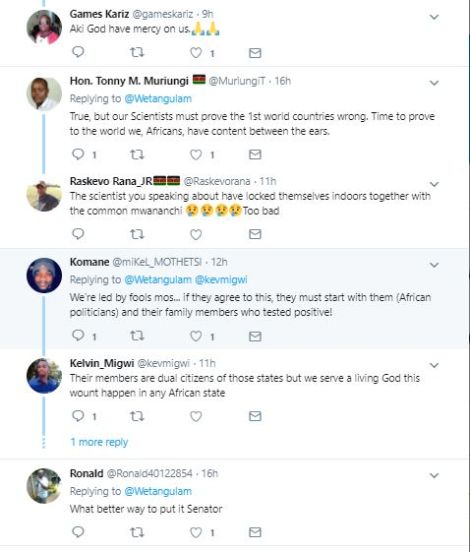 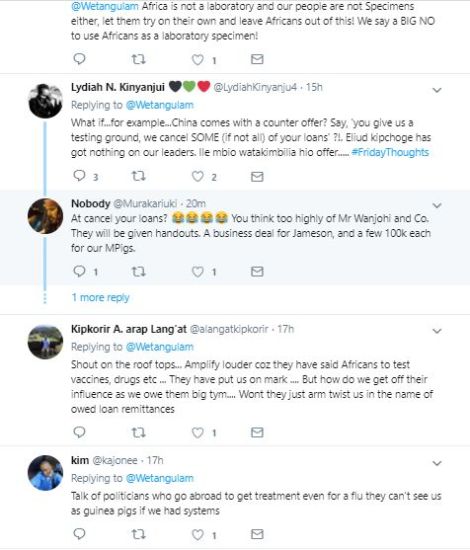