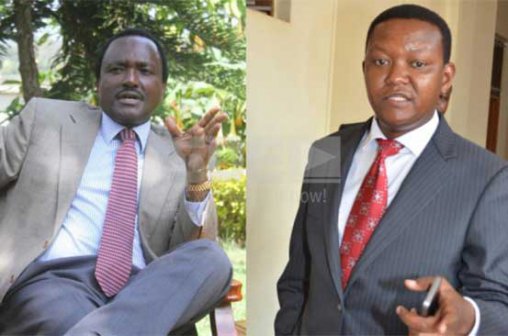 An impeachment motion is to be debated on Wednesday. MCAs accuse him of abuse of office and major financial irregularities

“I can speak with authority that the Wiper Party has paid Sh10 million to MCAs to impeach me,” Mutua said. “Wiper needs to be told they will fail because its politics of poverty has no place in modern Kenya.”

The Wiper rebel said he won’t be intimidated by sacking threats by MCAs he called agents of “higher political forces”.

He singled out top Wiper officials, including leader Kalonzo Musyoka, as being part of the scheme to bring down the Machakos government.

He said Wiper has nothing to do with the impeachment bid, as Mutua no longer belongs to the party.

“Mutua defected. We Wonder why he is blaming Wiper,” Mbui said.

He urged the governor to stop sideshows and instead face the issues raised in the impeachment motion.

Mutua said he is committed to offering “transformative leadership”. He said he has been waiting for the impeachment motion after he was notified by some MCAs that they had received funds to bring him down.

Mutua also attributed the impeachment move to his rejection of MCAs’ demands for Sh5 million county funds to finance their reelection campaigns.

The governor has camped in Kitui county to popularise his Maendeleo Chap Chap Party. He said sponsoring the motion on flimsy grounds want to “steal from struggling people.”