The ThinkYoung Coding School organized in partnership with Boeing...

About 500 students from Kiambu, Nyeri and Kirinyaga counties...

As part of this campaign, the brand has partnered with popular rapper and singer Nyashinski as its Kenyan Walker.

In keeping with Johnnie Walker’s long-standing philosophy of progress, The Walkers campaign seeks to re-ignite the meaning and intent behind the brand’s message.

The partnership is part of the global Johnnie Walker ‘Keep Walking’ campaign that remains an iconic creative rendition that has stayed memorable for over 20 years since its launch.

Nyashinski is widely acclaimed as a generation disruptor, an authentic and credible artist who embodies the spirit of progress. Throughout the campaign, Nyashinski will be involved in various Johnnie Walker-led activities to tell inspiring stories creatively and impact fully to unpack what it really means to “Keep Walking.”

“As part of the Diageo family, we believe that brands mean much more when they stand for something. And Johnnie Walker, one of the most iconic brands in the world, has always stood for progress – pushing boundaries, challenging convention, and celebrating personal milestones in the pursuit of progress.

That’s why we have invested heavily in creating partnerships that allow us to support local communities, nurture talent, and bring new experiences to our consumers,”

“We are proud to be partnering with Nyashinki as our Kenyan Walker under ‘The Walkers’ campaign which we have launched today. This partnership is a natural fit for both the Johnnie Walker brand and Nyashinski.

Over the years, Nyashinski has established himself as one of the personalities who have manifested this spirit of progress as he keeps working hard to be the best. His hard work and determination have paid off as he is arguably one of the best – if not the best in the Kenyan music industry,”

“As the brand’s mantra goes – Keep Walking, Johnnie Walker is all about championing and celebrating progress. Our aim is to empower and encourage people to be the best version of themselves by taking bold steps that make life richer for everyone.

We, therefore, look to a successful partnership with Nyashinski through which we aim to inspire everyone to be the best version of themselves in whatever they do by taking bold steps that will make life richer,”

Nyashinski is among the multi-talented rappers in the country with an impressive journey and story in the music industry. He was a former member of the Kleptomaniax music group that comprised; Nyashinski, Collo (Collins Majale), and Roba (Robert Manyasa). He has a huge fan base and admirers in Kenya and beyond.

The partnership with Nyashinski follows the brand’s continued involvement with the Kenyan music scene. Earlier this year, the brand supported Nyashinski’s ShinCity Music Concert, an immersive concert experience held at the Carnivore Grounds in Nairobi.

Nyashinski expressed his delight at the partnership, noting;

“I want to be an inspiration to artists and others who look up to me. I believe in creating music that liberates peoples and souls”. 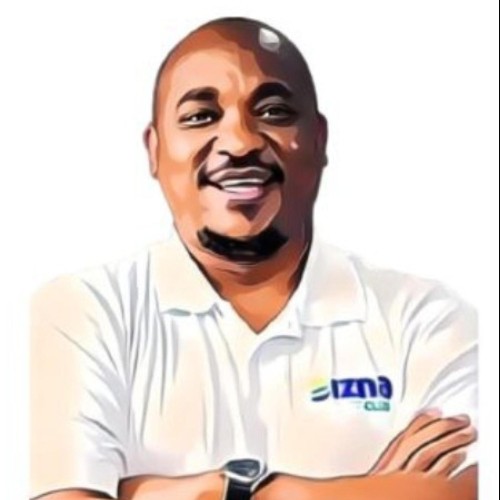