Inside the teen mind 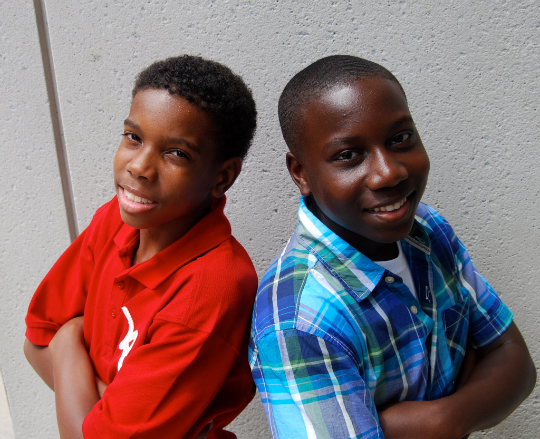 They are dramatic, irrational and scream for seemingly no reason. They do stupid things. And they have a deep need for both greater independence and tender loving care. You could say this about teens or toddlers. And here’s why: After infancy, the brain’s most dramatic growth spurt occurs in adolescence, and that growth means things get a little muddled in a teen mind. Teen brains are also wired to seek reward, act out, and otherwise exhibit immaturity that will change when they become adults. Meantime.

Consider the following list a survival guide of sorts to raising your teens, or at least to understanding them a little better..

Editor’s Note: This article, originally published in 2011, was updated in March 2016 to reflect recent research and new information.

Loosely defined as the years between 11 and 19, adolescence is considered a critical time of development – and not just in outward appearances.

“The brain continues to change throughout life, but there are huge leaps in development during adolescence,” said Sara Johnson, an assistant professor at the Johns Hopkins Bloomberg School of Public Health who reviewed the neuroscience in The Teen Years Explained: A Guide to Healthy Adolescent Development (Johns Hopkins University, 2009) by Clea McNeely and Jayne Blanchard.

And just as a teen may go through an awkward growth spurt, new cognitive skills and competencies may come in leaps and stutters, said Sheryl Feinstein, author of Inside the Teenage Brain: Parenting a Work in Progress (Rowman and Littlefield, 2009.)

Parents should understand that no matter how tall their son has sprouted or how grown-up their daughter dresses, “they are still in a developmental period that will affect the rest of their life,” Johnson told LiveScience.

Scientists used to think only infants have an overabundance of neuronal connections, which are “pruned” into a more efficient arrangement over the first three years of life.

But brain imaging studies, such as one published in 1999 in Nature Neuroscience, have discovered that the second burst of neuronal sprouting happens right before puberty, peaking at about age 11 for girls and 12 for boys.

The adolescent’s experiences — from reading vampire novels to navigating online social relationships to learning to drive — shape this new grey matter, mostly following a “use it or lose it” strategy, Johnson said. The structural reorganization is thought to continue until the age of 25, and smaller changes continue throughout life.

Due to the increase in brain matter, the teen brain becomes more interconnected and gains processing power, Johnson said.

Adolescents start to have the computational and decision-making skills of an adult –if given time and access to information, she said.

But in the heat of the moment, their decision-making can be overly influenced by emotions, because their brains rely more on the limbic system (the emotional seat of the brain) than the more rational prefrontal cortex, explained Feinstein.

“This duality of adolescent competence can be very confusing for parents,” Johnson said, meaning that sometimes teens do things, like punch a wall or drive too fast, when, if asked, they clearly know better.

Adolescents are in the midst of acquiring incredible new skills sets, especially when it comes to social behavior and abstract thought. But they are not good at using them yet, so they must experiment — and sometimes they use their parents as guinea pigs. Many kids this age view conflict as a type of self-expression and may have trouble focusing on an abstract idea or understanding another’s a point of view.

Just as when dealing with the tantrums of toddlerhood, parents need to remember their teen’s behavior is “not a personal affront,” Johnson said.

They are dealing with a huge amount of social, emotional and cognitive flux and have underdeveloped abilities to cope. They need their parents — those people with the more stable adult brain — to help them by staying calm, listening and being good role models, Feinstein told LiveScience.

And be advised: The more you yell at a teen, the worse they’ll likely behave, according to a 2013 study published in the journal Child Development.

Next up: Oh, the emotions!

“Puberty is the beginning of major changes in the limbic system,” Johnson said, referring to the part of the brain that not only helps regulate heart rate and blood sugar levels, but also is critical to the formation of memories and emotions.

Part of the limbic system, the amygdala is thought to connect sensory information to emotional responses. Its development, along with hormonal changes, may give rise to newly intense experiences of rage, fear, aggression (including towards oneself), excitement and sexual attraction.

Over the course of adolescence, the limbic system comes under greater control of the prefrontal cortex, the area just behind the forehead, which is associated with planning, impulse control and higher-order thought.

As additional areas of the brain start to help process emotion, older teens gain some equilibrium and have an easier time interpreting others. But until then, they often misread teachers and parents, Feinstein said.

“You can be as careful as possible and you still will have tears or anger at times because they will have misunderstood what you have said,” she said.

Next we look at the impact of peer pressure.

As teens become better at thinking abstractly, their social anxiety increases, according to research in the Annals of the New York Academy of Sciences published in 2004.

Abstract reasoning makes it possible to consider yourself from the eyes of another. Teens may use this new skill to ruminate about what others are thinking of them. In particular, peer approval has been shown to be highly rewarding to the teen brain, Johnson said, which may be why teens are more likely to take risks when other teens are around.

“Kids are really concerned with looking cool — but you don’t need brain research to tell you that,” she said.

Friends also provide teens with opportunities to learn skills such as negotiating, compromise and group planning. “They are practicing adult social skills in a safe setting and they are really not good at it at first,” Feinstein said. So even if all they do is sit around with their friends, teens are hard at work acquiring important life skills.

“The brakes come online somewhat later than the accelerator of the brain,” said Johnson, referring to the development of the prefrontal cortex and the limbic system respectively. At the same time, “teens need higher doses of risk to feel the same amount of rush adults do,” Johnson said.

Teenage brains are simply wired to seek reward, a study in 2014 showed. When teens got money, or anticipated receiving some, the part of their brain that deals with pleasure and reward, the ventral striatum, lit up more than in adults in the study.

All this may make teens vulnerable to engaging in risky behaviors, such as trying drugs, getting into fights or jumping into unsafe water. By late adolescence, say 17 years old and after, the part of the brain responsible for impulse control and long-term perspective taking is thought to help them reign in some of the behavior they were tempted by in middle adolescence, according to McNeely and Blanchard. [Why Teens Do Stupid Things.]

What is a parent to do in the meantime? “Continue to parent your child,” Johnson said. Like all children, “teens have specific developmental vulnerabilities and they need parents to limit their behavior,” she said.

Research on the different rates of brain function development during adolescence was published in the journal Developmental Review in 2008.

Keep reading to learn what you can do.

One of the tasks of adolescence is separating from the family and establishing some autonomy, Feinstein said, but that does not mean a teen no longer needs parents — even if they say otherwise.

“They still need some structure and are looking to their parents to provide that structure,” she said. “The parent that decides to treat a 16 or 17-year-old as an adult is behaving unfairly and setting them up for failure.”

One of the most influential ways to parent your teen, in addition to being a good listener, is to be a good role model, especially when dealing with stress and other life difficulties, as teens are actively trying to figure out their own coping strategies.

“Your adolescent is watching you,” Feinstein said.

Now, make sure your teens get enough sleep . . .

It is a myth that teens need less sleep than young children. They need 9 to 10 hours a night, scientists say, although most fall short.

Part of the problem is a shift in circadian rhythms during adolescence: It makes sense to teen bodies to get up later and stay up later, Johnson said. But due to early bussing and class schedules, many teens rack up sleep debt and “become increasingly cognitively impaired across the week,” Johnson said. Sleep-deprivation only exacerbates moodiness and cloudy decision-making. And sleep is thought to aid the critical reorganization of the teen brain.

“There is a disconnect between teen bodies and our schedules,” Johnson said.

Making matters worse, screen time in general and social media use, in particular, are cutting into teen sleep hours, putting them at greater risk for anxiety and depression, according to a study presented Sept. 11, 2015 at the annual conference of the BPS Developmental and Social Psychology Section in England.

Lastly, about that “I’m the center of the universe!” thing.

I am the center of the universe — and this universe is not good enough!

The hormone changes at puberty have huge affects on the brain, one of which is to spur the production of more receptors for oxytocin, according to a 2008 issue of the journal Developmental Review.

While oxytocin is often described as the “bonding hormone,” increased sensitivity to its effects in the limbic system has also been linked to feeling self-consciousness, making an adolescent truly feel like everyone is watching him or her. According to McNeely and Blanchard, these feelings peak around 15 years old.

While this may make a teen seem self-centered (and in their defense, they do have a lot going on), the changes in the teen brain may also spur some of the more idealistic efforts tackled by young people throughout history.

“It is the first time they are seeing themselves in the world,” Johnson said, meaning their greater autonomy has opened their eyes to what lies beyond their families and schools. They are asking themselves, she continued, for perhaps the first time: What kind of person do I want to be and what type of place do I want the world to be?

Until their brains develop enough to handle shades of grey, their answers to these questions can be quite one-sided, Feinstein said, but the parents’ job is to help them explore the questions, rather than give them answers.

We’ll leave you with this thought, comforting or not: “Teenagers could do stupid things in response to a situation not because they are stupid, but because their brains are working differently,” said says brain researcher Bita Moghaddam of the University of Pittsburgh.