Home General I’m Not Ready For Politics Yet, Diamond Platnumz 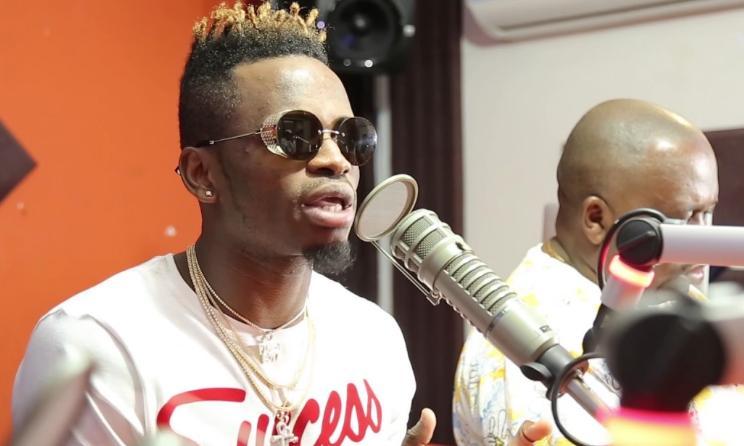 Diamond Platnumz says that politics is not his portion, but he never said never. Asked in a recent interview on if he would get into this game, he said the music industry needs him more at the moment.

(Honestly, not yet, as a Tanzanian I will support anyone that will bring development)

He went on to say that;

(AT THE MOMENT, I WANT TO BE FULLY IN THE MUSIC INDUSTRY TO BRING DEVELOPMENT)

Platnumz went on to say that the youth need to put more effort into what they are doing as hard work is the only way forward.

Celebrities have been venturing into politics among them rapper Tanzania’s Professor Jay, Kenya’s Jaguar, Uganda’s Chameleone, and Bobi wine among others.

TV personality Betty Kyallo also confirmed that she might consider venturing into politics one day. Kiss FM presenter Jalang’o told Mpasho.co.ke in a past interview that he will be running for a seat as an MP in Lang’ata.

Diamond Platnumz was a simple hustler before he made it big in the music industry. The Tanzanian star has opened up that he used to sell, Mitumba (second-hand clothes) while still finding a way to make it in music.

Adding that he would only make 2000 bob per day when everyone in his family was looking up to him.

Previously, he had revealed that he used to be a petrol station attendant and a photographer. He said this in an interview with Classic 105’s Maina Kageni.

AT A POINT, MY MOTHER USED TO FEEL THAT I WAS UNLUCKY. AND I REALLY WANTED TO MAKE HER PROUD,” SAID DIAMOND.

Diamond sold his mother’s ring to raise cash to pay for the studio recording of his first single.