Home General Illegal Kenyans In The US Get Reprieve 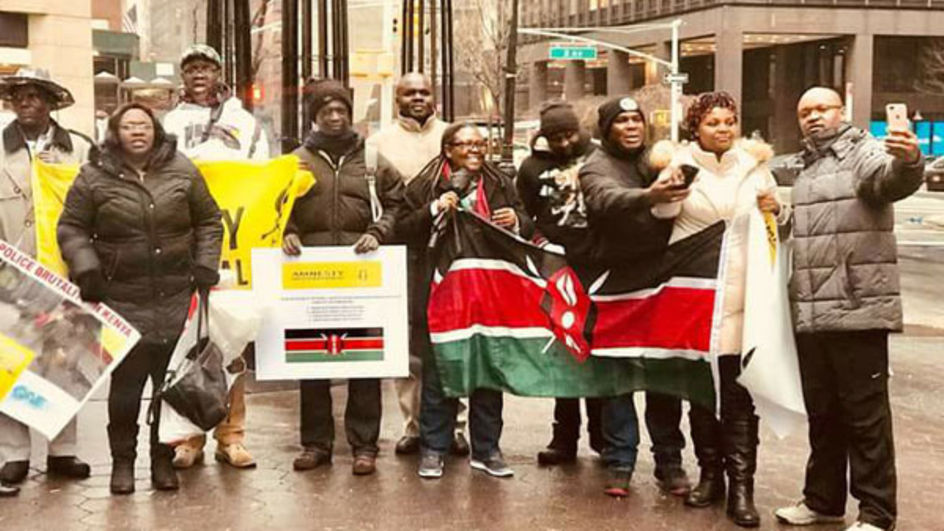 Some Kenyans who entered the US illegally as minors may be able to obtain legal status in the country even if they have been arrested, a recent report indicates.

A total of 182 Kenyans potentially fall into this category, according to the report by the US Citizenship and Immigration Services (USCIS) agency.

These Kenyans with arrest records had applied for protection from deportation from the US under an Obama-era programme known as Deferred Action for Childhood Arrivals (DACA).

The Kenyans had been arrested in the US at some point in the past seven years — not at the time of their application for inclusion in DACA, as had been incorrectly reported in some recent press accounts in Kenya.

The 182 Kenyans with arrest histories are among nearly 890,000 individuals who have sought legal status in the US through the DACA programme. It is intended to cover persons who entered the US without immigration documents when they were under 18 years of age.

The data in the USCIS report “reflects only arrests and apprehensions and does not include final court dispositions,” noted Katie Tichacek, an agency spokeswoman. “DACA requestors may have been convicted, had their charges reduced or dismissed, or been acquitted of charges. Those convicted of a felony are not eligible for DACA.” Ms Tichacek added that her agency does not have a breakdown of the number of Kenyans with US arrest records who were either accepted or rejected for DACA.

A demography expert at the US think tank estimated in 2013 that about 30,000 Kenyans are in the US illegally out of a total of some 90,000 residents. It is not known how many of the roughly 30,000 unauthorised Kenyans had come to the US as minors and might thus qualify for DACA.

USCIS also lacks data on the types of offences with which the 182 Kenyans were charged in the US, Ms Tichacek said. The agency’s report does list the total numbers of DACA applicants who have been charged with a variety of offences in the US.

The most common arrests (about 35,000) were driving-related and exclusive of drunken or drugged driving. About 23,000 of the 110,000 DACA applicants with arrest records had been charged with immigration-related offences, USCIS data shows.

Other leading arrest categories included theft, assault, vandalism and fraud. Supporters of the DACA programme point out that the share of applicants with arrest records is smaller than the 30 per cent of all US adults who have been charged with offences sometime in their lives.

The duration and future dimensions of the DACA programme are uncertain due to pending court cases and political controversies centred on immigration issues.

The US Supreme Court is currently considering whether DACA is consistent with the provisions of the US Constitution.

That review at the highest level of the US judicial system results from lower-court decisions in support of the programme that was subsequently appealed by the Trump administration.

President Donald Trump said in 2017 that he wanted the programme to be phased out — a move that could expose many of the 890,000 DACA applicants to the threat of deportation from the US.

But he took a modified stance in response to the USCIS report released on November 16. Commenting on the arrest data on November 19, the president tweeted: “Many of the people in DACA, no longer very young, are far from ‘angels’.

Some are very tough, hardened criminals.” But Mr Trump signalled his willingness to preserve the programme in some form even if the Supreme Court rules DACA unconstitutional.

“If Supreme Court remedies with overturn, a deal will be made with Dems for them to stay!” Mr Trump added in reference to Democratic Party lawmakers in his November 19 tweet.