Home General I Missed My Son In Remand, He is a Miracle Child- Jackie... 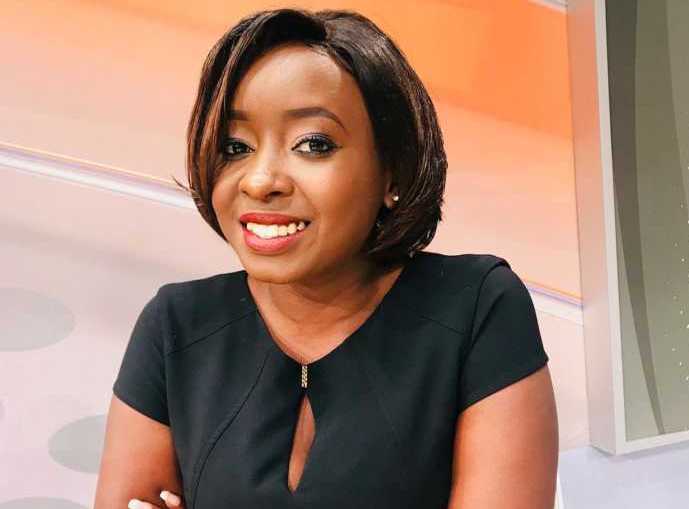 Jaque Maribe’s main concern when she was in remand at Langata Women’s Prison, for 18 days back in 2018, was her only child, Zahari.

Jacque spoke to True Love’s CEO Carole Mandi where she revealed Zahari was a miracle baby after experiencing two miscarriages.

At the time, Zahari was born, her baby daddy Eric Omondi was not in the proper headspace of being a dad. So she opted to raise her son solo.

Years later, she is arrested for the murder of Monicah Kimani and incarcerated at Langata Women’s Prison for 18 days. She was linked to the murder after her then-fiance, Jowie Irungu, was named as the prime suspect.

Jaque stated that she missed her son, dearly.

‘IT USED TO KEEP ME AWAKE EVERY NIGHT I WOULD CRY EVERY NIGHT. I COULDN’T SLEEP’ I WOULD ASK HERSELF, ‘WHAT IS ZAHARI THINKING RIGHT NOW, WHERE IS HE?’ I DIDN’T MISS THE GOOD FOOD AND PEOPLE I JUST WANTED MY SON AROUND. HER SON WAS CONSTANTLY TOLD THAT SHE HAD GONE FOR WORK.’

Her Love For Joy

Jacque Maribe, a once-upon-a-time top senior political reporter in the country disappeared from the public scene while at the peak of her career.

This was in September 2018 after her then-fiance, Jowie, was arrested in connection with the murder of Monica Kimani.

Jowie had just proposed to Maribe on July 30, 2018, before things turned sour.

Speaking in an exclusive interview with True Love Magazine CEO Carole Mandi, Jacque showered Jowie with love, saying,
WE MET WHILE ON THE JOB AND ACTUALLY, SOME OF MY FRIENDS KNEW. WE GOT ENGAGED.

‘HE WAS VERY NICE, HE GENUINELY WAS. I WILL NEVER COME OUT AND SAY ANYTHING TO THE CONTRARY. HE WAS VERY NICE TO ME. I THINK THIS WHY IT IS REALLY IMPORTANT TO FIRST LEARN SOMEBODY BEFORE YOU RUSH INTO SOMETHING LIKE THIS. BECAUSE I DO BELIEVE IT WAS RUSHED,’ SHE ADDED.

The mother of one revealed that she had only dated Jowie for a year when he proposed to her.

‘I HAD GOTTEN TO A POINT IN MY LIFE, I WAS LIKE, ‘YOU KNOW WHAT? OTHER PEOPLE GET ENGAGED AFTER 6 MONTHS”. I THOUGHT AT THE TIME I WAS READY. AND HE WASN’T A GUY WHO GAVE ME TOO MUCH PRESSURE BECAUSE I USED TO WORK A LOT. I HAD FOUND SOMEONE WHO FINALLY UNDERSTANDS THE KIND OF WOMAN WHO IS PASSIONATE ABOUT HER CAREER, HOURS AND BEING A MOTHER AND YOU HAVE A PARTNER WHO WILL UNDERSTAND THAT BECAUSE IT IS VERY HARD FOR US LADIES TO GET AN UNDERSTANDING PARTNER. THAT’S WHY PEOPLE INTERMARRY WITHIN THE INDUSTRY.’

Maribe, who has a gag order not to take about the murder case because the case is still in court, she said,

EVERYTHING WAS GOING SO WELL. MY CAREER PATH WAS GOOD, UNDENIABLY GOOD. UNTIL ONE DAY SOMETHING JUST SNAPPED. I KEEP SAYING TIME STOOD STILL. IT STILL IS A HORROR MOVIE. I GOT TO A POINT WHERE I DID NOT UNDERSTAND WHAT WAS HAPPENING. ALL YOU HEAR IS NOISE. I SAW MYSELF ON HEADLINES IN THE NEWSPAPER AND THESE ARE YOUR COLLEAGUES SOME ARE OUTRIGHT FALSEHOODS.’

Jacque and Jowie were so much in love and many were convinced that they were going to tie the knot before 2018 ended.

‘THIS MAN WAS THAT PERSON FOR ME. THE ONE YOU FEEL LIKE IF I EVER HAD ANY REGRETS, THIS IS IT, I DON’T BELIEVE IN REGRETS BUT IF REGRET WAS A PERSON THAT WOULD BE IT. I DON’T LIKE TALKING ABOUT HIM SO MUCH BECAUSE SOMETIMES I FEEL LIKE IF YOU WANT TO TO SPEAK YOUR TRUTH PEOPLE WILL JUDGE YOU AND SAY “OOH YOU’RE STILL BITTER.” I SAW NOW HE’S MOVED ON AND PEOPLE WILL BE WHY TALK BOUT HIM? I JUST DON’T WANT TO TALK ABOUT HIM AND OUT OF RESPECT FOR HIM MOVING ON WITH LIFE AND WHATEVER…’SHE EXPLAINED.

Jowie and Maribe were arrested after the body of Monica was found lying lifeless in a bathtub at her apartment. The former Citizen TV reporter spent 17 days in remand at Langáta Women’s Prison. During their court mentions, Jowie and Jacque’s body language raised eyebrows and she told Mandi that they had already broken up.

‘I WANT TO CORRECT THE FACT THAT HE SAID WE BROKE UP WHILE HE WAS STILL IN JAIL. WE HAD BROKEN UP. LET’S BE HONEST. WE HAD BROKEN UP BEFORE [THE ARREST]. BUT HE’S NOT SOMEONE I’D MUDSLINGING READY AND THIS IS THE STORY WE’LL DO AN EXCLUSIVE ONCE THE CASE IS OVER. I THINK IT’S IMPORTANT PEOPLE FIND OUT THE TRUTH FROM THE HORSE’S MOUTH.’