I Caught Him In Bed With A Girl, End Of Story- Diana Marua Opens Up 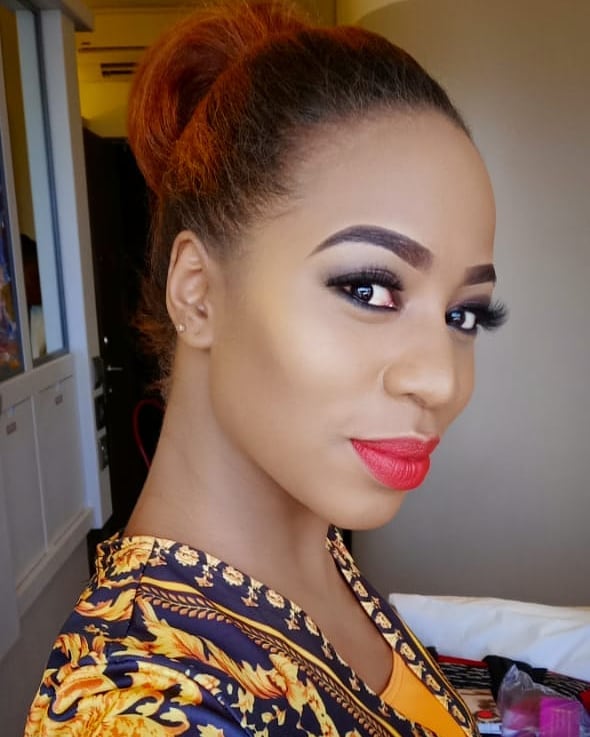 Bahati was the man that came to save the broken heart of his wife, Diana Marua.

On the day he was so eager to meet her so she could play a part in his music video as the main video vixen, she woke up to a day that brought her the pain of heartbreak but also a day she would find solace in a special man.

Diana Marua narrated the story so vividly and you could tell that day brought her a lot of pain but she had to act the part.

I wanted my ex-boyfriend then to drop me or give me the car to drive to Bahati’s video shoot. I had called him severally with no answer so I decided to call a cab to take me to the venues so as I walked out, I saw his car at our parking slot. I got closer only for me to see the guy wearing his vest fast.

moving closer I see him throwing a blanket to the chic. They looked like they had already finished their business.

I caught him pants down, literally, cheating on me. I only see this in movies and series. I went back to the house to get myself together.

In as much as all that happened, she says it was a blessing in disguise.

I thank God for what he did because it brought me to Bahati.

The one strong advice she will give anyone who has caught their lover cheating and they think their world has ended is simple,

Bahati has purposed to make the mother of his babies happy to right the wrongs her ex made.

Now it all makes sense why there was so much drama when Diana found heels in his car and found messages on his phone. The past image could have played in her head and she did not want to imagine going through that again.