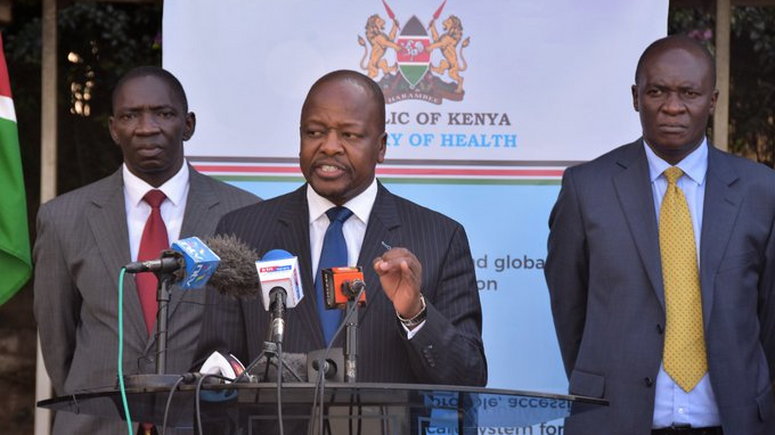 Speaking during a presser outside Afya House, the CS revealed that the new cases were spread out across 4 counties namely: Nairobi, Mombasa, Kilifi, and Kwale.

He further added that of the new cases, 7 were Kenyans while the other 2 were foreigners.

CS Kagwe declared that mandatory testing for all traced contacts and for any travelers coming into Kenya would be scaled up.

“Except for 2 elderly gentlemen, all the other people who have tested positive are okay,” he revealed.

In response to a question from a member of the media team regarding cases where children were seen across the country playing outside, the visibly angered CS asked Kenyans to exercise discipline.

“We are suffering from cases of indiscipline and this is going to cost us. It’s a grave mistake exposing children whom we sent home for safeguarding. We want responsibility among Kenyans.