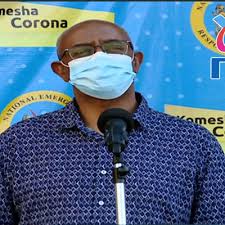 A statement signed by Health CS Mutahi Kagwe on Sunday, September 6, indicated that 3,093 samples had been tested in the same period bringing the cumulative tests to 474,477.

Sadly, 3 more people succumbed to the virus in bringing the total fatality so far to 597.

From the cases, 77 are Kenyans while 6 are foreigners. In terms of gender, 58 are males and 25 females. The youngest is a one-year-old child, while the oldest is 85. 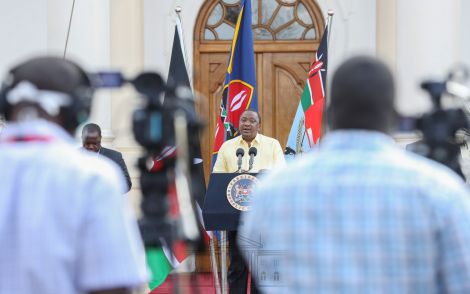 President Uhuru Kenyatta addressing the nation from State House Nairobi on April 6, 2020. He issued new directives regarding the government’s move to combat Covid-19.

An additional 72 patients have recovered, 39 from the home-based care program with 33 having been discharged from various hospitals around the county. The total recoveries now stand at 21,230.

“Children under 5 years of age; 25% suffer stunting, 4% wasting, & 11% are underweight. About 45% of deaths among children of this age group are associated with under-nutrition,” he stated.

To combat the threat of under-nutrition the Health CAS revealed that micro-nutrient supplementation of Iron/folic acid for pregnant women, & vitamin A for children under 5, are provided for free in public health facilities.

He further urged Kenyans to exercise the ministry’s directive to combat the spread of the virus.