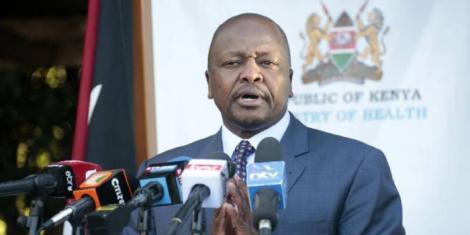 Kagwe stated while addressing the media in Kisii County on Friday, August 7, after assessing the county’s level of preparedness to fight the virus.

674 patients recovered in the last 24 hours. 125 were from home-based care with 549 from hospitals. This brings the total tally of recoveries to11,118. 14 patients died with fatalities rising to 413. 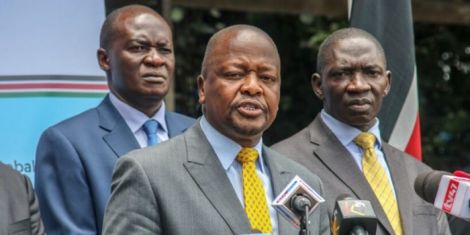 “While these COVID-19 figures may be boring, the most boring thing you can have is staring at the ceiling in a hospital bed. Don’t wish to get there,” Kagwe warned.

The CS further lauded efforts by county governments to aid in curbing the spread of Covid-19. The CS stated that five months down the line after Kenya’s first case on March 13, governors had stepped up their level of preparedness.

Kagwe also heaped praise on Kisii Governor James Ongwae for also constructing a cancer center in the county. The CS warned Kenyans not to focus on Covid-19 only and forget other killer diseases.

Matiang’i stated that it was a tough time for leaders such as Health CS Kagwe and that all administrators have sacrificed to curb the spread of Covid-19.

“Our president has asked you to take care of yourself and your neighbor. It’s all about observing the containment measures in place. We have also seen the issue of our religious leaders being harassed. I urge the task force not to harass them. Just ensure they observe the guidelines. To those who are selling alcohol despite the ban, kindly refrain from it,” Interior CS Fred Matiang’i added.

Kisii Governor James Ongwae and his Kakamega colleague Wycliffe Oparanya and a number of senators and legislators were in attendance. 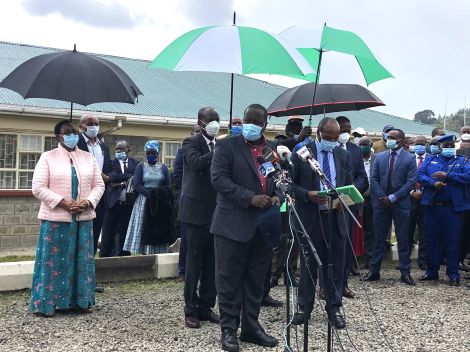