Home General Counties Come To A Standstill As Governors Suspend Services Over Luck Of... 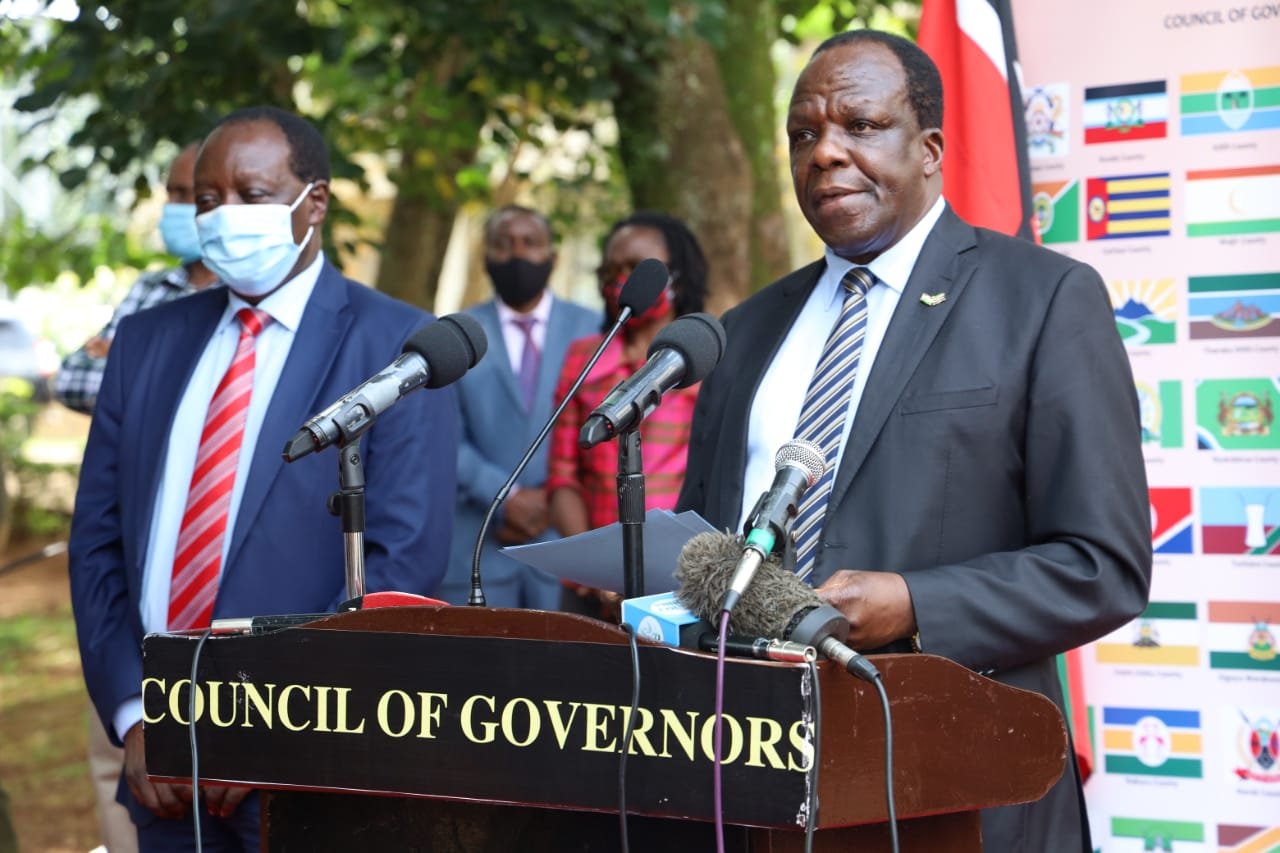 NAIROBI, KENYA: The Council of Governors has issued a memo to counties instructing them to provide notice on the suspension of some counties’ services due to lack of resources.

In a statement signed by Chairman, Council of Governors Wycliffe Oparanya, the devolved units are advised to issue necessary notices that the county health facilities will not permit any new inpatient admissions.

They will only provide minimal outpatient services and that all non-essential services suspended and county employees are advised to proceed on leave for two weeks.

Early September the council said counties will shut down on September 17 if the impasse over revenue sharing formula before the Senate is not resolved with speed.

In a statement, Wycliffe Oparanya Chairman, Council of Governors disclosed that the county governments have not received their equitable share of revenue three months into the current financial year 2020/21.

Oparanya says the delay in releasing the funds has had serious implications in the general operations of County Governments and payment of salaries to County staff.

“It is unfortunate that County Governments are unable to even pay the salaries and allowances of our health workers who remain in the frontline to save lives of Kenyans during the current situation. In this regard, if the prevailing situation persists, effective September 17 Counties will have no choice but to shut down,” he said.

On Wednesday, Oparanya noted that the Senate has still not been able to unlock the stalemate on the flow of funds. “It is therefore not clear when this impasse will be resolved.”

President Uhuru on Tuesday convened a meeting to resolve the county revenue sharing stalemate at the Senate.
The meeting, which was attended by former Prime Minister Raila Odinga and Chairman of the Council of Governors Wycliffe Oparanya, resolved that depending on the financial performance of the economy, the Government will, in the next Financial Year (2021/22), endeavor to allocate an additional Sh50 billion to Counties as part of efforts to strengthen devolution.

With this undertaking, the President urged Senators to urgently resolve the revenue sharing stalemate at the Senate so as to avoid disruption of service delivery in the Counties.

Sharing into the revenue allocation debate Governor Kiraitu and his deputy Titus Ntuchiu last week warned senators not to politicize the matter. They appealed to county residents to understand if services are grounded.

“Our workers, including doctors and nurses, have not been paid and our vehicles have been grounded for two weeks.
“I support what our boss (Wycliffe) Oparanya has said. If they do not stop the game at the Senate and resolve the funds issue by September 17, we will ask workers to stay home, ground vehicles and shut down the county offices,” Kiraitu said when he opened Muuruta Dispensary in Athwana in Tigania East.