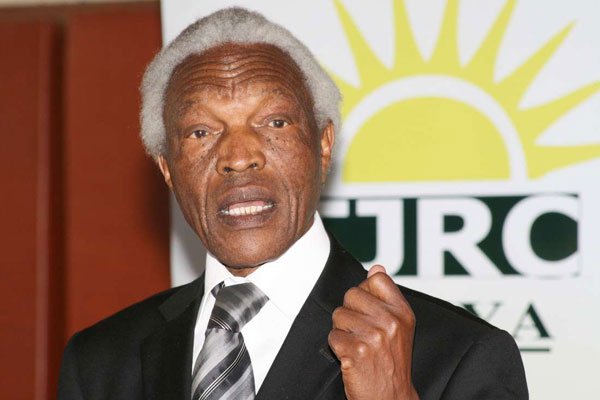 He passed on aged 82 at a Nairobi hospital after long illness.

A former diplomat and Kenyan government official, he served as TJRC chairman from 2009 to November 2010.

He later resigned after coming under investigation for alleged past human rights abuses, particularly his role in the 1984 Wagalla Massacre.

Mr Kiplagat was linked him to the massacre in which hundreds were killed in Wajir, while others were tortured during a security crackdown.

He was serving as Foreign Affairs permanent secretary in former President Daniel Moi’s administration at that time.

He was reinstated as TJRC chair in 2012 despite objections from other members of the commission.

He served as Kenya’s special envoy to the Somalia peace process from 2003 to 2005 and headed the board of the African Medical and Research Foundation from 1991 to 2003.

Prior to that he served in then-President Daniel arap Moi’s government for 13 years (1978-1991) as Kenya’s ambassador to France, high commissioner to Britain, and permanent secretary in the ministry of Foreign Affairs.