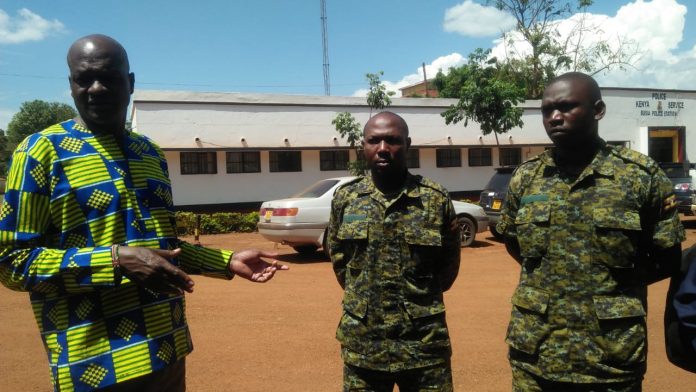 Reports indicate that the two police constables, attached to Obama Police post, were on patrol Mwenyenge when they were ambushed and fatally shot at around 4 am.

The incident was confirmed by Kayole OCP Wilson Kosgey.

Nairobi Police boss Philip Ndolo arrived at the scene hours later and said police have launched investigations into the incident.

Kayole is notorious for criminal activities.

In April this year, policemen disguised as women from a worship service gunned down two gangsters.

The incident followed reports by locals at Dandora Police station that they had been robbed at around 4.am.

The two are said to have been members of a five-man gang terrorizing locals at Stage ya Maji area.

The other three escaped unhurt.

Locals said the gang is notorious of waylaying and robbing worshipers from prayer vigils.