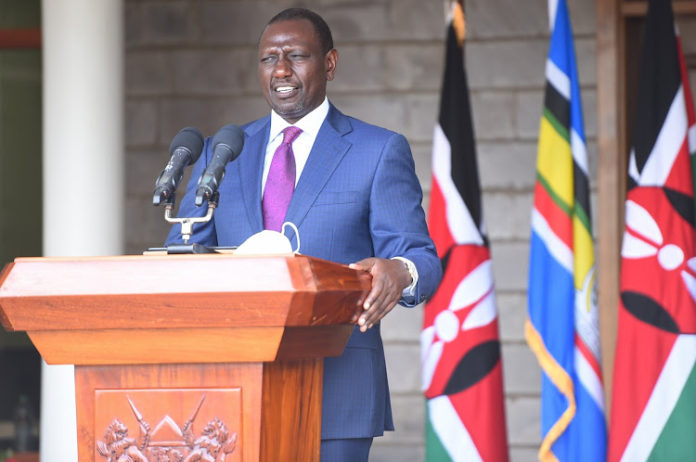 Kenyans love a fighter. The person who stands up to great odds is often a hero, regardless of what the fight is about. Ahead of the 2013 election, Uhuru Kenyatta and William Ruto turned their arraignment at the ICC into an anti-imperialist platform and gave their opponents a run for their money.

In contrast, the likes of Kalonzo Musyoka and Musalia Mudavadi, never known for a fight, hardly stir public emotion. Today, Ruto is the only fighter among political bigwigs. Here are 10 reasons why he has a chance of becoming the fifth President:

Ruto keeps his head high despite open betrayal by his boss. Uhuru has practically kicked him out of government and the ruling party hounded some of his allies out of parliamentary leadership and targeted others in a selective war on graft. Ruto’s refusal to buckle under pressure will serve him well.

The prevailing view seems to be that a referendum is not what the country needs now but better implementation of the Constitution. Many believe the planned changes are not for the common good but to benefit Uhuru and Raila and lock out Ruto. Like happened in 2005, Ruto is busy turning the referendum against the two.

The handshake killed the Raila brand. His millions of supporters wanted nothing short of a revolution following the repeat 2017 presidential election he boycotted. That was the point of Raila’s swearing-in as the “people’s president” on January 30, 2018. The handshake was a painful betrayal and demobilized his support base – except the “cows”. Ruto will try to capitalize on Raila’s disgruntled supporters.

Ruto has turned the war on corruption against Uhuru. People who argued that Uhuru was rich and could not be involved in corruption if he rose to power have had good reason to rethink that view. Corruption accusations cannot stop one from being elected in Kenya. Ruto knows this. Kenyans tolerate corruption because of state failure. Given a chance, many would readily use public office for private gain. Graft is accepted as “working smart.”

Jubilee promised Kenyans, especially the youth, heaven. It has delivered hell. Ruto has distanced himself from the government and resorted to using his money to help jobless youths (hustlers). This contrasts with the “dynasties” who are disconnected from the sufferings of Kenyans as they cut backroom deals to retain power and accumulate more.

Kenya’s politics is tribal. Everyone is aware three of Kenya’s four presidents are Kikuyu, two of the father and son. Uhuru told Kenyans he would support Ruto to succeed him. Jomo Kenyatta and Mwai Kibaki betrayed allies who backed them to get state power. Ruto could benefit from the Kikuyu hoi polloi who rejects being branded as betrayers one more time.

Ruto is an evangelical Christian. It makes strategic sense that he has focused his philanthropy on raising funds for churches. Delegations of church leaders troop to his Karen and Sugoi homes nearly every day. Kenya is a majority Christian nation and the Church has massive political influence.

Ruto has been a 2022 presidential candidate for the last seven years. He backed Uhuru to inherit Central votes. Other politicians have declared their intention to run but many of them – Kalonzo, Mudavadi, Mwangi wa Iria – pose no serious challenge. Raila, whom Uhuru is expected to back following the handshake, has not declared he will run. That makes Ruto the frontrunner in the coming election even going by current opinion polls.

Whoever Uhuru will support would likely split Jubilee even further. The expected coalition between the ruling party and ODM (and possibly other parties) will take time to cobble together. By the time their compromise candidate will hit the ground, Ruto would already be miles ahead.

10. INCUMBENCY ADVANTAGE, Unlike his mostly lackluster competitors, and despite being isolated by Uhuru, Ruto is the second highest-placed insider in the current government. He enjoys the trappings of power and the privileges of incumbency. He knows how the system works and will likely use that knowledge to great political advantage.