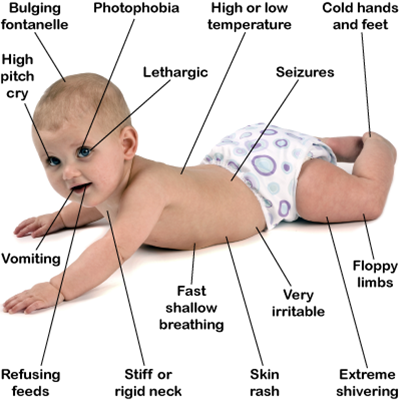 Meningitis in Children: Fiona Wanjiku remembers the night she lost her daughter with a chill.

“She was only two years old,” she says with a trembling voice.

In the days before that Sunday night, Phoebe Muthoni, her daughter, had suddenly become a fussy eater and seemed too exhausted for a child her age.

“That Sunday, she woke up at around 11pm with a severe fever and headache. She complained that the bedroom lights were too bright and were hurting her eyes.”

Her mother believed this to be the cause of her headache. “I gave her some painkillers, but when I touched her forehead and temples, they were unusually hot. Her temperature was too high.”

President Uhuru: This is how I met and fell in love with Margaret

Alarmed, Fiona rushed her to the estate dispensary where some injections were administered to ease the pain and fever.

“The nurse said it was nothing serious and that she would soon recuperate.”

Back home, though, Phoebe’s condition only got worse. Her neck became stiff, and by 4am, a red rash had developed on her abdomen and seemed to be spreading.

“This was not just flu; she hardly slept, vomited a lot and shivered intensely. We had to rush her to the hospital.”

Unfortunately, her daughter never made it out of the doctor’s room, succumbing to bacterial meningitis (BM), one of the most lethal diseases to strike children.

Wanjiru Mbuthia, a clinical psychologist at Karen Hospital, tells us that meningitis is an inflammation of the meninges, which are the membranes that cover the brain and spinal cord.

“Most cases are caused by bacteria or viruses, but some can be due to certain medications or illnesses,” she says.

While bacterial meningitis is rare, it is usually serious and can result in death within just a few hours.

“Phoebe was struck by this form of meningitis, which may have been caused by a bacterial infection.”

Dr Mbuthia cautions that if not treated properly and promptly, this form of meningitis can also cause permanent brain damage or neurological problems.

Nonetheless, viral meningitis (also called aseptic meningitis) is the most common. Alarmingly, it often remains undiagnosed because its symptoms are usually similar to those of the common flu.

According to Dr Mbuthia, many of the bacteria and viruses that cause meningitis are fairly common and associated with other routine illnesses.

These include bacteria and viruses that infect the skin, urinary system, gastrointestinal or the respiratory tract.

Ken Muchina: You won’t create any wealth by saving via Merry Go Round

“They gradually spread via the bloodstream to the meninges through cerebrospinal fluid, which circulates in and around the spinal cord,” she explains.

The symptoms of meningitis vary, depending on both the age of the child and the cause of the infection.

Agnes Mwangi, whose five-year-old daughter suffered meningitis, attests to this.

“My daughter had symptoms that were similar to both types of meningitis, and it was hard to determine what type of meningitis she was suffering from,” says the 32-year-old nurse from Nyahururu.

Dr Mbuthia explains that because of the flu-like symptoms that accompany meningitis, it is possible for a parent to have trouble identifying the kind of meningitis that their child is suffering from.

“Some symptoms are usually similar, particularly in the early stages, which make the ailment even more dangerous.”

The first symptoms of meningitis tend to surface several days after a child has had a cold and runny nose, diarrhoea or vomiting. These symptoms include lethargy, irritability and photophobia.

These symptoms may not be evident in infants: “Infants with meningitis may not have those symptoms, and might simply be extremely irritable.”

They may cry persistently, and be difficult to comfort, even when rocked.

The first step in treating meningitis begins with laboratory tests.

“These may entail a lumbar puncture or spinal tap in order to collect samples of fluids that may show any signs of inflammation,” Dr Mbuthia explains.

In addition, these indicate what kind of meningitis is causing the disease.

Clinical check-ups are necessary after that to make sure that the infection is gone. In most cases, treatment that involves rest, fluids and over-the-counter pain medication is given to relieve the symptoms.

But the treatment is usually different if bacterial meningitis is suspected.

“Where BM is diagnosed — or even suspected — your doctor should start intravenous (IV) antibiotics as soon as possible.”

Fluids may be given to account for the body fluids that have been lost to fever, excessive sweating, vomiting and poor appetite. Corticosteroids may help reduce inflammation of the meninges.

According to Dr Mbuthia, one of the most common problems resulting from bacterial meningitis is impaired hearing.

“It is highly recommended that children who’ve had bacterial meningitis take a hearing test after recovery,” she advises.

If your child develops shock or low blood pressure, she may require additional IV fluids and certain medications may be given to increase her blood pressure.

Some children may need supplemental oxygen or mechanical ventilation if they have difficulties in breathing. Other long-term complications may include hearing loss, visual impairment, seizures and learning disabilities.

The heart, kidneys, and adrenal glands might also be affected.

The most efficient weapon against meningitis is routine immunisation.

“Children who are 11 years old should get vaccinated for meningococcal disease, with a booster shot at age 16.

“Children who have not had the vaccine and are over 11 years old should also be immunised, particularly if they’re going to college, boarding school or camps.”

The vaccine may also be recommended for kids between 9 months and 10 years old who have certain high-risk medical problems.